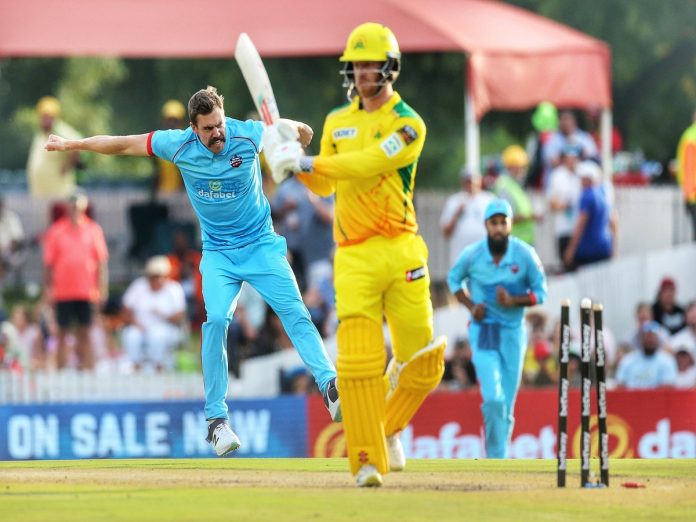 Joburg Super Kings, who wasted a strong start to be cheaply bowled out and never recovered, was easily defeated by Capitals.

In the reverse fixture, the Capitals destroyed JSK by 6 wickets to get back on track. With a 22-ball 51, JSK captain Faf du Plessis waged a solitary battle to help Joburg Super Kings score 122. Super Kings’ batting has been inconsistent throughout the competition so far, relying primarily on the calibre of individual performances. But other than a brief appearance by du Plessis, not much happened.

Faf du Plessis accelerated to a half-century during a powerplay that brought Joburg 70 runs, but he was the third man out in a jittery performance that began when Reeza Hendricks edged behind and continued through the first ball of the game.

There was a clear dominance of Anrich Nortje, who got 3/12. In response, Philip Salt scored 52 runs off just 30 balls to help his team reach the target in 13 overs and earn a bonus point. With the victory, the Pretoria Capitals, who have 12 points after 4 games, have moved into the first spot.

The Capitals suffered a devastating defeat to the Super Kings the night before at the Wanderers, but they were able to recover the next day at home.

In order to bowl out the Super Kings for 122 in just 15.4 overs, Neesham finished with 3/7 while Nortje, who is currently regarded as the quickest bowler in the world, increased the pace. The Super Kings’ spectacular collapse saw them lose their final eight wickets for just 69 runs.

Reeza Hendricks was caught behind on the first delivery of the Super Kings’ innings, giving them a nightmare start. However, captain Faf du Plessis and Leus de Plooy made an effort to rebuild the innings with a 53-run combination for the second wicket.

However, after Du Plooy, the Player of the Match at the Wanderers was dismissed for 14, Du Plessis (51 off 22 balls) was left to play by himself. Lewis Gregory was trapped down the legside without scoring as the house of cards collapsed, and Kyle Verreynne chopped on for three.

The pace of Nortje, the swing of Neesham, and the spin of Adil Rashid (2/25) were all too much for the Super Kings to handle.

If the Super Kings were to successfully defend their simple target, they needed early wickets, but they never came. Pretoria, who flew out of the traps with Will Jacks and Phil Salt, was never expected to have any problems with that.

In the span of 15 balls, Jacks blasted two flawless straight drives to the boundary as well as timed sixes over extra cover and midwicket. In the fourth over, when the Capitals were already halfway to their total, he was out for 34 after flashing a simple catch to deep cover.

Rilee Rossouw (11) and Shane Dadswell (18) both cheaply fell, adding to the difficulties, but Salt’s unbeaten 52 off only 30 balls propelled the Capitals to the top of the table, ensuring that the win was never in doubt.

Also Read: Rishabh Pant Return: Likely To Discharge, Will He Play In IPL 2023?