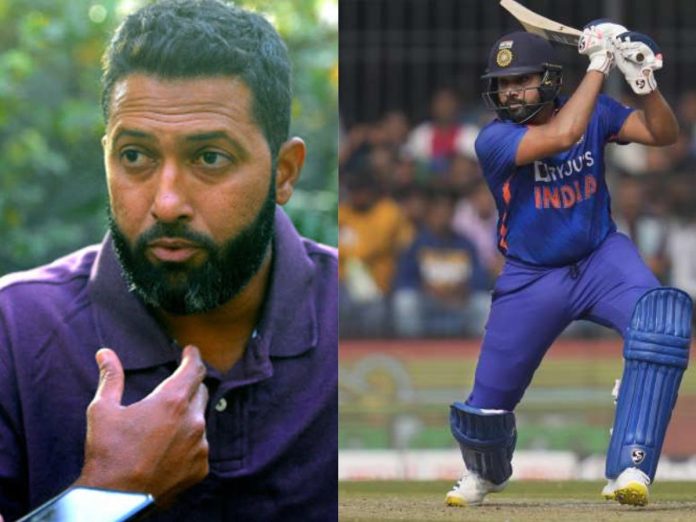 Famous cricket pundit and Batting Coach of the Punjab Kings (PBKS) franchise in the Indian Premier League (IPL), Wasim Jaffer has lavished praise on Indian team skipper Rohit Sharma. Notably, Sharma smashed a century in ODIs after 1100 days after a stupendous knock of 101 off just 85 balls.

“Rohit has been in magnificent form in this series. He’s looking like the vintage Rohit Sharma. Shubman Gill is just carrying on from the last 2-3 innings. You understand that it’s not going to be like that throughout that 50 overs,” said Wasim Jaffer.

Jaffer also added that Rohit and Shubman Gill weren’t trying too hard and they weren’t slogging the deliveries at all. The 44-year-old former Indian cricketer said that all the shots from the duo oozed class.

“When the openers give you such a blistering start, in 50 overs it’s very difficult to bat at 9-10 an over for such a long period. You’ve got to give credit to how Rohit Sharma and Shubman Gill started the innings. Even though it was a good wicket, with small boundaries, and the way they played, it didn’t look like they were slogging. There were pure cricketing shots and they showed their class,” said Wasim Jaffer.

India completed a 3-0 drubbing of the visitors

India inflicted a 3-0 white-wash over New Zealand in the 3-match ODI series. The home team was clinical from the word go and won the 3rd ODI by 90 runs after twin tons from Rohit Sharma and Shubman Gill.

Gill scored 360 runs in 3 matches with a stellar average of 180.00 and bagged the player of the match award. He looked like he was in a different league of his own and all his shots were oozing with class and skill.

India will be next playing the Kiwis in a 3-match T20I series that will be spearheaded by Hardik Pandya. Rohit Sharma and Virat Kohli have been rested and the youngsters will be given opportunities in this series.

Also read: England’s White-Ball Head Coach Says That “Doors Are Open” For Ben Stokes To Come Back To The ODI Team