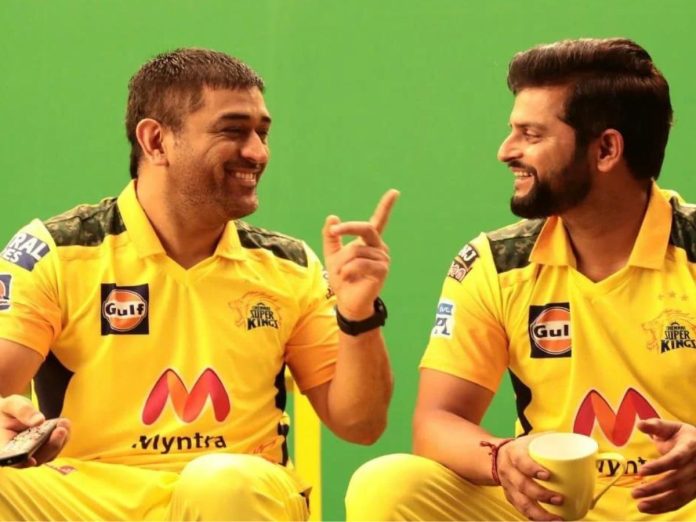 MS Dhoni is known for having an astute cricketing mind. The decisions he makes on the cricketing field are absolutely spot-on and hardly people from his own team can second-guess it. Now during a conversation, MS Dhoni’s former teammate and Chennai Super Kings (CSK) former batter Suresh Raina has said that the legendary wicket-keeper is aware people call DRS as “Dhoni Review System”.

On the expert panel for the SA20 league on Viacom18, Suresh Raina lavished praise on Dhoni and made this revelation. The southpaw was on the comm box with former Indian spinner Pragyan Ojha.

Dhoni always takes the review at the last second because the bowler always thinks that it is out but it is Dhoni, who, from behind the stumps has a clearer vision of all three stumps and can take a better call,” said Suresh Raina, whom people fondly call “Chinna Thala”.

Pragyan Ojha too soaked into the fun atmosphere and added on. Ojha too has played under Dhoni and had enjoyed considerable backing under the cricketer from Ranchi. Ojha had bagged the purple cap in IPL 2009, for picking the most number of wickets.

MS Dhoni and Suresh Rina shared a close and cordial relationship with each other. Apart from playing together for Chennai Super Kings, the duo also played for the Indian cricket team.

Dhoni was a legendary skipper of Team India and tasted incredible success as a skipper. He won the ICC ODI World Cup 2011, ICC Champions Trophy 2013 and also the ICC T20 World Cup 2007. The Chennai team in the Indian Premier League (IPL) has lifted 4 IPL titles.

A lot of credit must be given to this talismanic skipper for his astute cricketing skills and captaincy skills. He also can bring out the best from his players.