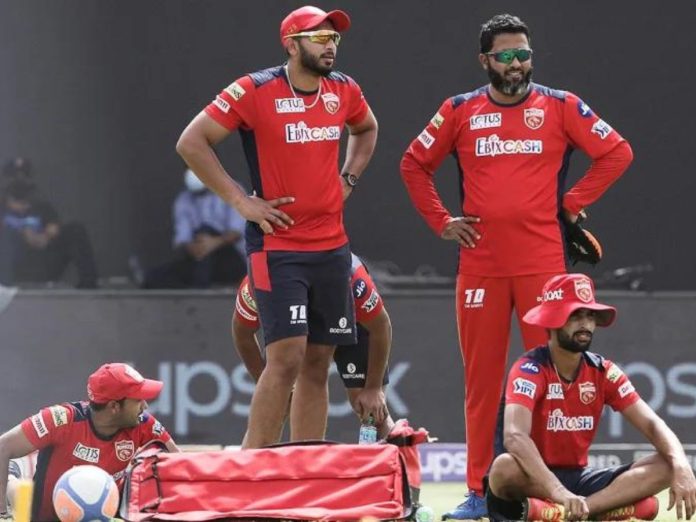 Punjab Kings grabbed the entire world’s eyeballs in the Indian Premier League (IPL) 2023 mini-auction after they splashed an exorbitant amount of Rs. 18.5 crores for English bowling all-rounder, Sam Curran. Curran was also the player of the tournament in the ICC T20 World Cup 2022.

Shikhar Dhawan has also been named as the new skipper of the Punjab franchise after the team management decided to let go of their former skipper Mayank Agarwal. Under Agarwal’s captaincy, Punjab finished in the 6th position in the IPL 2022 points table. The batter had a disastrous IPL 2022 and managed to score only 196 runs in 13 matches, with a paltry average of 16.33.

Punjab Kings also announced former Indian spinner Sunil Joshi as their spin-bowling coach. The franchise which will be on a quest to lift their maiden IPL title, has a star-studded coaching set-up. Notably, Punjab Kings is one of the 3 original franchises (having been a part of IPL since 2008) to have not lifted the title even once. The other two teams are Royal Challengers Bangalore (RCB) and Delhi Capitals (DC). Punjab reached the finals of the IPL 2014 edition and lost to Kolkata Knight Riders (KKR) by 3 wickets.

With some big guns in their team in the form of Shikhar Dhawan, Jonny Bairstow, Sam Curran and Arshdeep Singh, Punjab Kings would be hoping to give their 120% and etch history by lifting their maiden IPL title.

In this article, we take a look at the entire coaching set-up of the Punjab Kings franchise for IPL 2023: