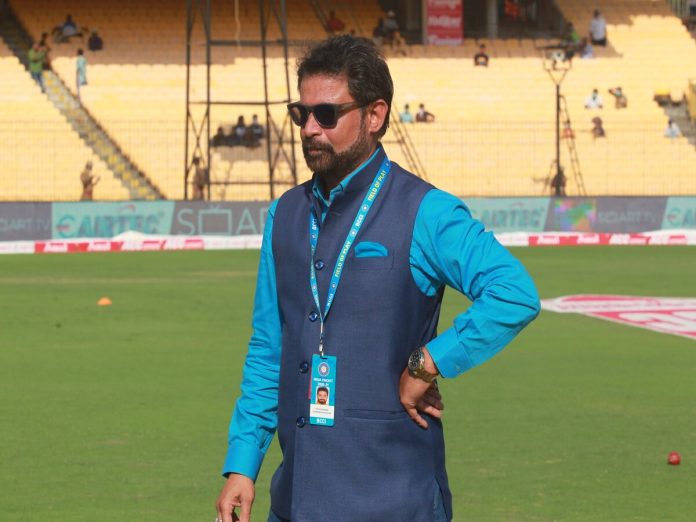 The appointments for the All-India Senior Men Selection Committee were announced on Saturday by the Board of Control for Cricket in India (BCCI).

According to a BCCI statement on Saturday, Chetan Sharma, a former cricketer for India, who served as the committee’s top selector from December 2020 until late last year, will remain in that position.

Sridharan Sharath from the South Zone, Shiv Sundar Das from the Central Zone, Subroto Banerjee from the East, and Salil Ankola from the West Zone are the other selectors on the panel.

The members were chosen by the Sulakshana Naik, Ashok Malhotra, and Jatin Paranjape-led Cricket Advisory Committee (CAC). Out of 600 applications, the BCCI chose the five members listed below.

“The Cricket Advisory Committee (CAC) comprising Ms Sulakshana Naik, Mr Ashok Malhotra, and Mr Jatin Paranjape undertook an extensive process for selecting members of the All-India Senior Selection Committee. The Board received around 600 applications following its advertisement for the five posts issued on its official website on 18th November 2022,” the statement read.

“Upon due deliberation and careful consideration, the CAC shortlisted 11 individuals for personal interviews. Based on the interviews, the Committee has recommended the following candidates for the Senior Men’s National Selection Committee,” it added.

Following India’s recent elimination from the T20 World Cup, BCCI fired Sharma-led All India Selection Committee on November 18. In its release, BCCI specified the criteria for consideration and solicited applications for the position of National Selectors.

BCCI had listed eight “main job duties/responsibilities” for the selectors. Here are they:

1. Select the best possible team in a fair and transparent manner.

2. Plan and prepare a strong bench strength for the Senior Men’s National team.

3. Attend Team meetings as and when required.

5. Prepare and provide evaluation reports of the respective team performances to the Apex Council of BCCI on a quarterly basis.

6. Address the media on team selection as and when instructed by BCCI.

7. Appoint Captain for the team in each format.

8. Adhere to the rules and regulation of BCCI.