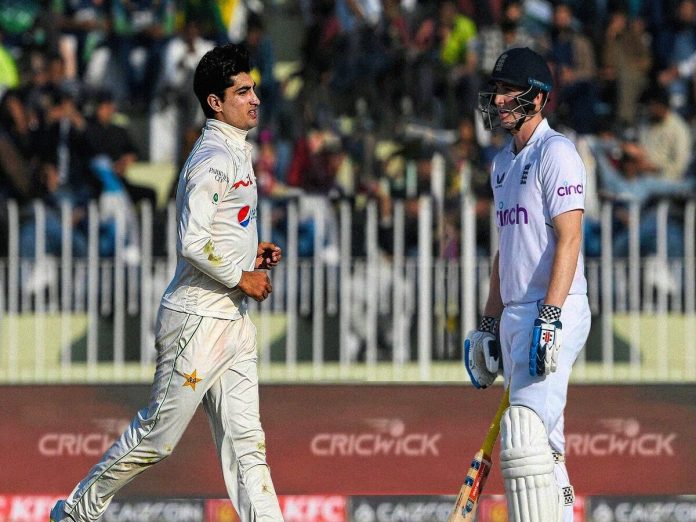 Harry Brook, a rising star for England, revealed that he found it difficult to comprehend how much money he was able to secure in the IPL 2023 mini-auction. The right-handed batter said he hopes to live up to the high price tag and believes the competition will be a terrific World Cup warm-up.

Brook, the first player to enter the IPL 2023 auction, kept his base price at 1.5 crores despite having a T20 strike rate of 148.38. The SunRisers Hyderabad, who was in a fight with the Rajasthan Royals and the Royal Challengers Bangalore, eventually raised their bid to 13.25 rupees.

Speaking to the Daily Mail, Brook claimed he never imagined his price would be that high. The 23-year-old also added that participating in the IPL is a perk.

“I’ve not got many words, to be honest. I thought I’d get picked up, but I didn’t think I’d get picked up for that much. One thing I would say is that I’m not motivated loads by money. Obviously, it’s a nice touch, but I just want to play cricket for the best teams and play for England as long as I can. Yes, the IPL was a big dream for me and the money is a big bonus, but it is not the be-all and end-all. I play because I love batting.”

Will tell you after the IPL

When questioned about whether the prospect will be worthwhile, Brook responded that everyone can find out after the competition and that he believes his skill at playing spin helped him land an IPL deal.

“I’ll be able to tell you that after the IPL, won’t I? I want to be a match-winner, that’s something I’ve always said, and batting in the middle order, one of the main aspects of my game is trying to chase down scores.”

Harry Brook dominated England’s Test tour of Pakistan, making 100 runs in each of the three matches for a total of 468 runs at an average of 93.60. As a result of his achievements, Brook was also named the ICC Player of the Month for December.

He said, “It might have been a different story if I hadn’t done so well in the Tests in Pakistan, but I played spin fairly well out there and there will be a lot of that in the IPL. The World Cup is in India this year too, so there will be plenty of spins to face in the coming months and different challenges.”

In addition, Brook claimed that given their incredible success, England will not change their aggressive style of Test cricket in advance of the Ashes series. The right-handed batter emphasized that playing over the past few months has been the most enjoyable part of his life and added:

“I don’t think we’re going to change. Why would we? We have lost one Test match out of 10, beaten Pakistan 3-0 on their own patch, something no other team has managed, and that is a phenomenal achievement.”

He added, “It’s probably the most fun I’ve had playing cricket. Baz and Stokesy had given me that much confidence going out there, and I had such confidence in the team, that I felt like we were going to win anyway, so it didn’t matter what I did.”

Also Read: IPL 2023 Auction: ‘I Didn’t Do Much To Earn That,’ Cameron Green After Signed By Mumbai Indians For Whopping Amount