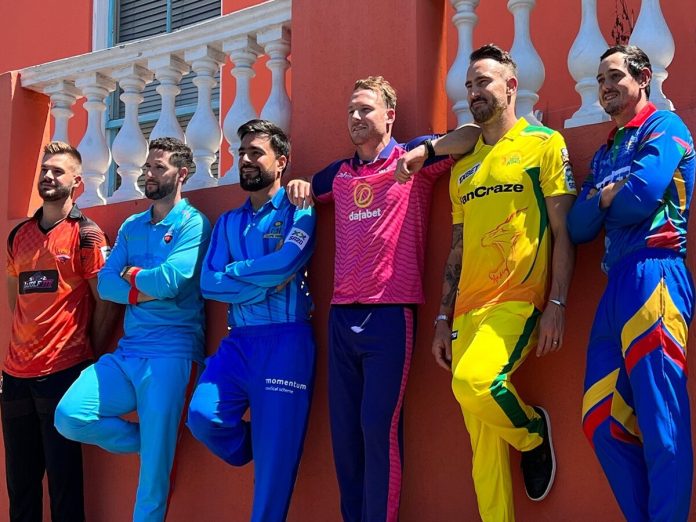 The inaugural franchise league for South Africa’s new T20 league, SA20, has come up with some intriguing changes, and it unveiled its playing rules on Monday. On January 10, the inaugural season of SA20 will begin, featuring 33 games between six teams. In contrast to IPL’s play-off format, the competition will have two semifinals and a final during the knockout stages.

The captains will be able to select the starting XIs after the toss in the franchise league, though. Before the toss, the teams must nonetheless name 13 players; after the toss, they must omit two names. However, the final two players will still be eligible to participate in the game as substitutes.

The SA20 league has made some changes to the point system, giving teams the opportunity to gain bonus points. Additionally, if a direct hit deflects off the stumps during an intentional attempt to run out the batter, no runs will be allowed. The free-hit rule has also been changed; now, if the ball caromed off the stumps during a bowled out, no byes can result.

Chance to grab a bonus-point

The winning team will receive four points, and there’s a chance they’ll also get a bonus point for a possible total of five points. The team that achieves a run rate that is 1.25 times higher than the opposition will receive the additional point. In the event of a tie, each side will earn two points, with the losing team receiving none. Run rate is not relevant in a game that has been ruled a No Result.

In the event of teams finishing on equal points, the right to progress through to the final and those to play in the play-off will be determined as follows:

• The team with the most number of wins;

• If still equal, the team with the highest number of bonus points;

• If still equal, the team with the highest net run rate;

• If still equal, the team with the most number of wins over the other team(s) who are equal on points and have the same number of wins;

• If still equal, the team with the highest runs-to-wickets ratio throughout the tournament;

• If still equal, the team with the highest wickets to runs ratio throughout the tournament.