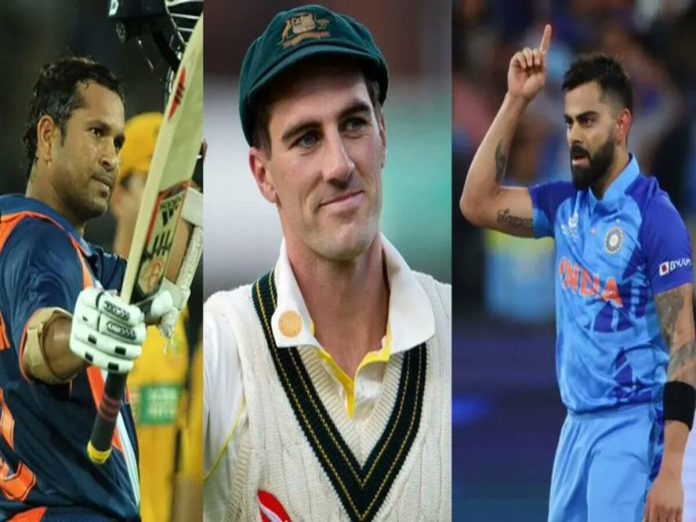 It’s a question that will continue to come up throughout the next years. Virat Kohli or Sachin Tendulkar, who is the best batter? Depending on whose side of the argument you favor, you might already have the solution.

Indian legends Sachin Tendulkar and Virat Kohli have frequently been compared because both broke records at will.

The long-running argument about who is a better batter between Sachin and Kohli was recently put to Australia team captain Pat Cummins.

During a preview episode on Prime Video with Usman Khawaja, Cummins gave a great answer when chatting on YouTube and said, “I think I have played Sachin only once in a T20 years ago. So I will say, Virat.”

Khawaja then responded to Cummins’ question by rating the top four Indian hitters, saying, “I would go, Tendulkar, one. Dravid, the wall, two. Three, Dada. Ganguly, unfortunately, this hurts for me to say for Laxman too, I love watching Laxman bat, but lefties first.”

Khawaja was also asked to choose two Indian team members who he thought should represent the Kangaroos.

“Kohli and Pant,” came the reply.