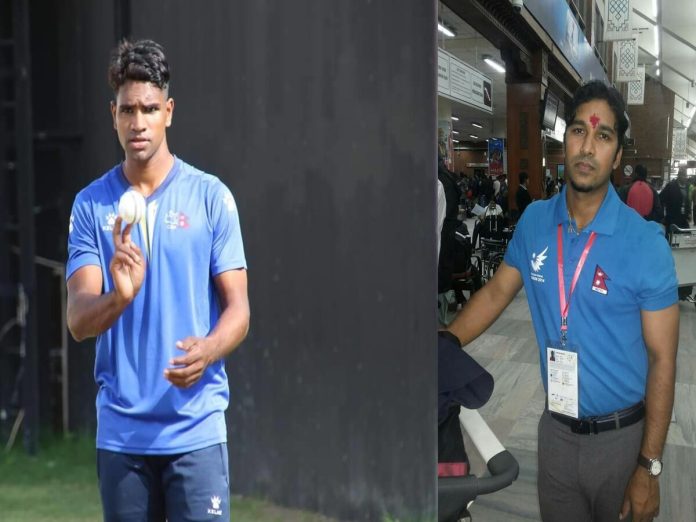 Mehboob Alam, a former national cricketer, and Adil Ansari, a current member of the national cricket team, have been arrested for their roles in spot-fixing in the Nepal T20 League. Mehboob Alam and Adil Ansari, two former and current cricket players have been detained by police in connection with allegations of spot-fixing in the contentious Nepal T20 League. The Central Bureau of Investigation (CIB) team reportedly arrested them, according to the media reports.

They were recently detained, according to a high-ranking source in the national police organization, by a team sent from the Nepal Police’s Central Investigation Bureau. The CIB has been investigating the cricket tournament’s abnormalities, and it recently confirmed spot-fixing and raised suspicions about possible match-fixing.

According to the bureau, they participated in Jatin Ahluwalia, a co-founder of Seven3Sports, fixing plan. The league’s strategic partner was Seven3Sports.

Vir Singh, the head of the anti-corruption section for the Nepal T20 League, was notified by Gyanendra Malla, the captain of the Kathmandu Knights, that his players had been approached about fixing games.

A commentator named Sachin Timalsina also posted a video to Facebook in which he claimed to have observed signs of fixing during the competition. Home Minister Rabi Lamichhane directed Nepal Police to look into the instances after they occurred.

A six-person inquiry group headed by DSP Sundar Tiwari was then established by the CIB.

Who is Adil Ansari?

Mehboob Alam is a cricket player from Nepal. Mehboob is an all-arounder who can bowl fast and bat left-handed. In November 2000, he played his first game for Nepal against Japan.

Alam is one of the most renowned cricketers in the annals of Nepali cricket. The World Cricket League Division 5 competition that took place in Jersey in May 2008 included Mehboob Alam as its standout performer.

Adil Ansari once defeated an opponent by taking 10 wickets in one match, and he later scored a crucial 51 in the team’s triumph over Norway. Ansari, on the other hand, did not have a lengthy cricket career because he made his international team debut in the spring of 2022.

Who is Mohammad Aadil Alam?

Mohammad Aadil Alam also referred to as Aadil Ansari, plays cricket for Nepal. In domestic cricket, Alam has been playing for the Madhesh Province Cricket Team.