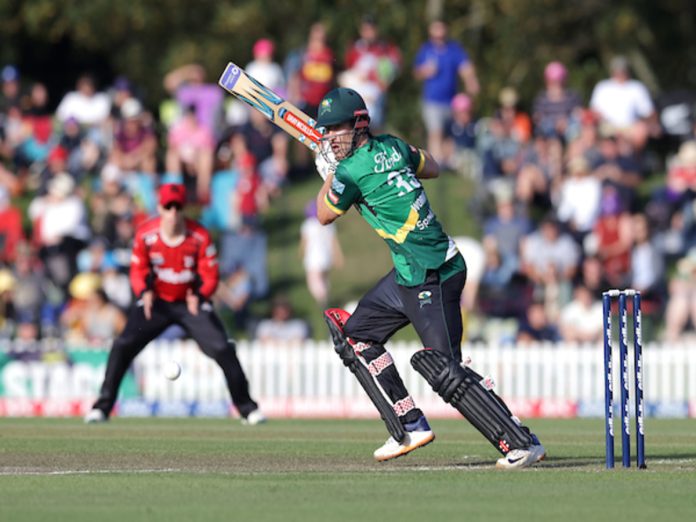 In the domestic Super Smash T20s in New Zealand, Will Young, the New Zealand opener who is occasionally picked for the national team, came very close to reaching a significant milestone before getting dismissed on the sixth ball to its six consecutive sixes. Young hit five consecutive sixes and attempted a sixth, but he was sadly caught on the last ball of the over.

Young attempted to clear the square leg boundary with the final delivery of the seventh over from the left-arm spinner, but the ball instead fell into the hands of Aces fielder Danru Ferns.

In the first five balls of an over from Auckland’s Louis Delport, the top-order batsman struck five sixes in a row while representing the Central Stags in the men’s Super Smash competition in New Zealand. In his disastrous inning, he scored a total of 67 runs on 29 balls.