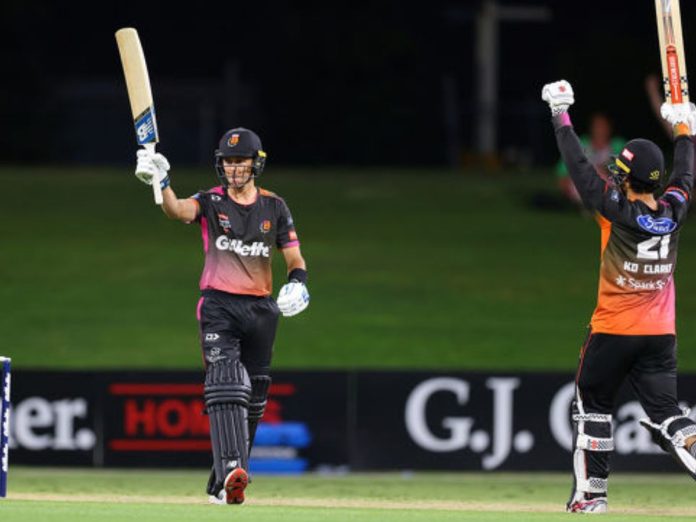 Welcome to CTB vs ND Dream11 Prediction for Today’s Match Fantasy Cricket. Canterbury Kings will take on Northern Districts in Match 16 of the Super Smash on Thursday, 13 JAN 2023, at the Christchurch. Keep reading to find out about the Match 16 CTB vs ND Dream11 team today.

Canterbury and Northern Districts will face off for the second time in the tournament. Both teams have won two games so far and are in the 3rd and 4th spots respectively. While Northern Districts have won four of their last five battles against Canterbury, the latter defeated the Districts by massive nine wickets in their previous encounter.

The pitch will assist the batsmen more and there will be something for the pacers too initially. The initial session of the play with decide the winner here. Anything below 230 is easy to chase at this venue.

Weather is expected to be partly cloudy at Christchurch on Sunday with 45% humidity and 10% precipitation while the temperature will be around 24 degrees Celsius.

Chad Bowes was the top-scorer for Canterbury in the last game against Northern Districts. He made an unbeaten 57 runs from 36 deliveries and helped the team to cross the line with ease.

Leo Carter played a good hand to Chad Bowes in the last encounter. He remained unbeaten at 27 while taking 26 deliveries. He played the perfect second fiddle for Chad Bowes.

Joe Carter smashed 27 runs in the last meeting against Canterbury. His knock helped the team to get to a decent total. He is likely to go big once again.

Ed Nuttall was the pick of the bowlers in the last encounter between these two teams. The all-rounder grabbed two wickets while giving away 34 runs from his 4 overs. He holds the key here.

Tim Pringle is yet another bowler who returned with a wicket in the last game against Canterbury. He is likely to play a major role in this game.

Who Will Win Today Between CTB vs ND Dream11 Prediction, today’s match?

According to Kheltalk’s astrology CTB vs ND Dream11 match Prediction, Canterbury will begin this contest as favorites once again. Most of the star players of Northern Districts will not be available for this contest which makes this game more interesting. From Ish Sodhi to the latest Henry Shipley all will be missing this game because of national duties.

According to Kheltalk’s CTB vs ND Dream11 toss prediction, Canterbury is likely to bowl here. The teams batting chasing have won more games at this venue.