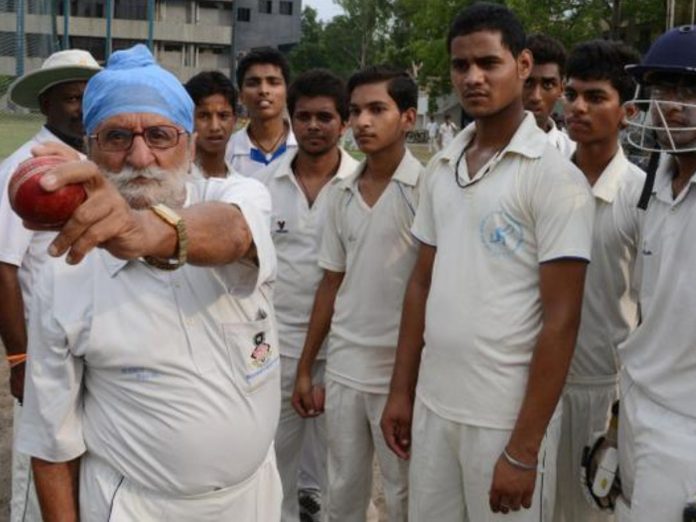 Veteran cricket coach Gulcharan Singh has been awarded with the fourth-highest civilian award of India, Padma Shri. He is also the 2nd cricket coach to have received the Dronacharya Award.

The 87-year-old coach has coached 11 international cricketers who have played for India and over 100 domestic players of India. He is a household name in the cricketing circuit of Delhi and several watch him with a lot of reverence and respect.

Gulcharan Singh runs a Dronacharya Cricket Academy in Arwachin Bharti School in Vivek Vihar, which is in East Delhi. Singh is an extremely energetic and enthusiastic cricket enthusiast and is a doyen in the cricket coaching circuit.

The former Indian team coach and also a former first-class cricketer, Gulcharan Singh’s immense contribution to Indian cricket has been highlighted with the Padma Shri award. It is testament to his hard-work, commitment and dedication towards nurturing Indian cricketers and domestic cricketers of Delhi.

Gulcharan Singh was born in Rawalpindi in present-day Pakistan and came to Patiala during the Partition of India in the year 1947. He was a right-handed batter and a right-arm off-break bowler, who started playing cricket under the tutelage of Maharaja of Patiala Yadavindra Singh.

Gulcharan Singh has coached some big international cricketers from India

Some of the international cricketers whom Singh has coached include Ajay Jadeja, Rahul Sanghvi, Maninder Singh, Kirti Azad, Vivek Razdan, Gursharan Singh and Murali Karthik. Every cricketer from Delhi knowns Gulcharan Singh and admits to have been greatly impacted by his coaching skills and commitment towards bettering the cricketing conditions of Delhi.

Also in the year 1987, Singh was awarded with the highest sport coaching honour of India, the Dronacharya Award. He became the 2nd Indian to get the award, after Desh Prem Azad who was given the award in 1986.