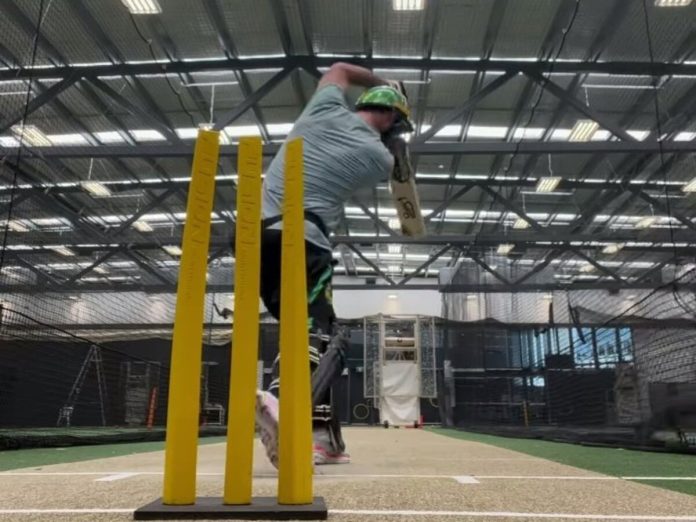 Superstar Australian cricketer Glenn Maxwell had a shocking injury toward the end of last year that put his future in jeopardy. The 34-year-old said on Fox Cricket on Tuesday night that he had feared he might never play cricket again after breaking his leg horribly at a friend’s 40th birthday party in November. For all Maxwell lovers, there is good news despite this. The batting practise has been started by Glenn Maxwell.

“So good to be back hitting again At the moment I’m just working on getting the confidence to move comfortably through my front foot, less of a focus on technique which I’ll work on once my strength is back to where it needs to be. Thanks so much for all the love and support over the last couple of months! It’s meant a lot!! #roadtorecovery #rehab #LFG”

The star all-rounder slipped while chasing a friend in the backyard accident, breaking his left fibula and rupturing all the ligaments on top of his foot, ruining his prospects of being called up for Australia’s tour of India this year.

Also Read: IND vs AUS Test Series Squad: Half Of The Squad Injured, Who Can Fit In Playing XI