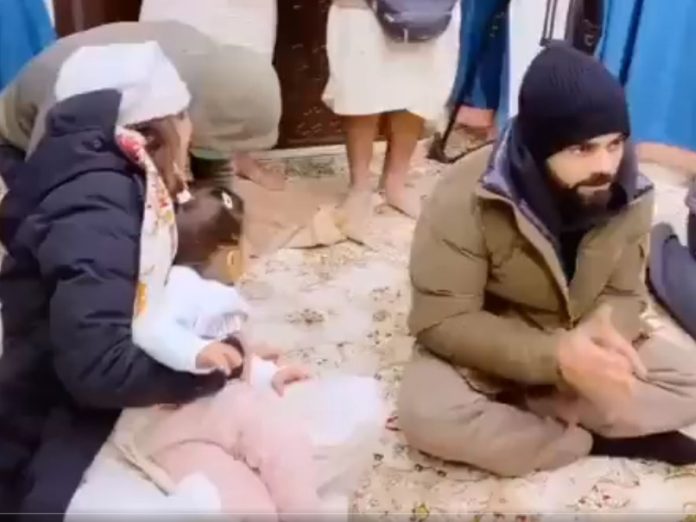 Indian cricketing superstar Virat Kohli has been recently spotted at the Baba Neem Karoli Ashram in Vrindavan ahead of his and Anushka Sharma’s daughter Vamika’s birthday. Vamika’s birthday is on January 11 and he will be missing her birthday because of the upcoming ODI series versus Sri Lanka.

Virat Kohli has been presently rested from the T20I series versus Sri Lanka as he and some of the other senior players have been advised to focus on the ODI format, keeping in mind the ICC ODI World Cup 2023.

Spending some quality time with his better half Anushka Sharma and daughter Vamika Kohli, the star Indian cricketer was spotted taking blessings at the Shri Hita Premanandji Temple in Mathura.

They also spent some time doing meditation in a ‘kutia’ (which means hut in English) after a darshan of Baba ‘s Samadhi at the Baba Neem Karoli Ashram in Vrindavan.

Virat Kohli will be next spotted in action in the 1st ODI between India and Sri Lanka at the ACA Stadium in Baraspara, Guwahati. The match is slated to take place on January 12, 2023 and the match will begin from 1:30 PM(IST).

In the last ODI series between India and Bangladesh, Virat Kohli ended his 3-year ODI century drought. In the 3rd ODI between the two sides, the 34-year-old legendary batter slammed his 44th ODI century.

Also read: 3 Reasons Why Axar Patel Can Be A Good Replacement For Ravindra Jadeja