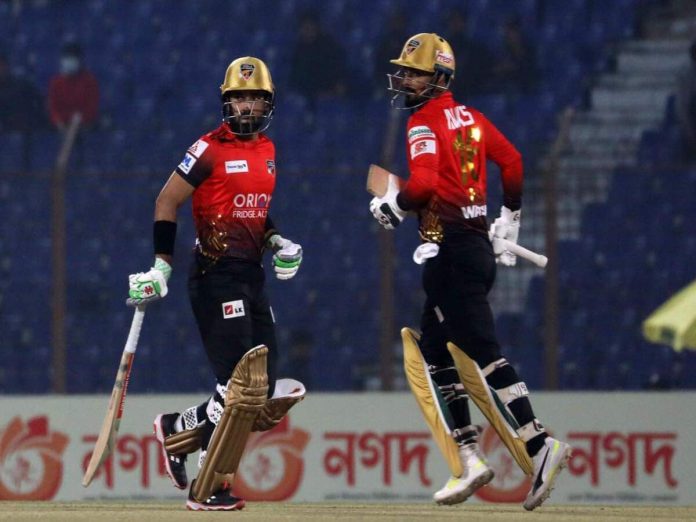 Mohammad Rizwan, a player for Pakistan, admits that he occasionally feels uncomfortable serving as the anchor during T20 matches. Rizwan said that the teams that employ him for T20 tournaments occasionally ask him to hold his wicket so that other batsmen can score freely.

Currently competing in the Bangladesh Premier League 2023 is Mohammad Rizwan. He plays for the Comilla Victorians. After the competition, he took the helm of Multan Sultans in the PSL 2023, which will begin on February 13.

Difficult to play the role of anchor

Mohammad Rizwan discussed his T20 anchor role with the media when the BPL 2023 was still in progress. It is an extremely challenging and embarrassing position to play, according to Rizwan.

“It is very difficult to play the role of anchor in the shortest format and sometimes it looks very embarrassing. What my experience says and what I know is that whenever someone hires me, they demand me to play the anchor role like the way I do in Pakistan,” Cricbuzz quoted Rizwan as saying.

“I always assess the condition, assess the opponent, and do these kinds of things (anchoring the innings) and sometimes it is embarrassing because in T20 everyone knows we love sixes and they want me to score 60-70 runs from 35-45 balls, but for me to win the match.”

See what the team demands from you

According to the second-best T20I batter in the world, timing is crucial in the T20 format, so he accelerates the run rate later in the innings than other top batters. The wicketkeeper-batsman added that there are instances when it is necessary for T20 hitters to bat slowly in order to save their wickets.

“You can look at the scoreboard and see what the team demands from you. My cricket idol is AB De Villiers and I look at him very closely and his performances in Test cricket and T20 as well and that’s why I also try to play according to the demand of the team.

“In T20 cricket, sometimes you can go with a slow strike rate because sometimes in T20 you are in a position where the opposition are looking to take wickets.

You can go slow when you’ve lost a couple of wickets, but when the team needs you to hit the long ball, you can go with the momentum. For me, assessing the time is important and thankfully, most of the time, I am successful,” he said.

What is the anchor role?

In cricket, the Anchor role is crucial for any batting lineup. The most dependable hitter on the team is responsible for batting innings building and crease stability. This player must be able to run for runs consistently and effectively, as well as handle pressure situations.

In the short format game, where the batsmen must be able to rotate the strike and take measured risks, an anchor role is extremely crucial. The anchor batter must be able to take calculated risks to take advantage of the fielding limits at the beginning of the innings, rotate the strike, and prevent the loss of wickets in a cluster. As they will usually be the final hitter at the crease, they also need to be able to bat deep in the innings.