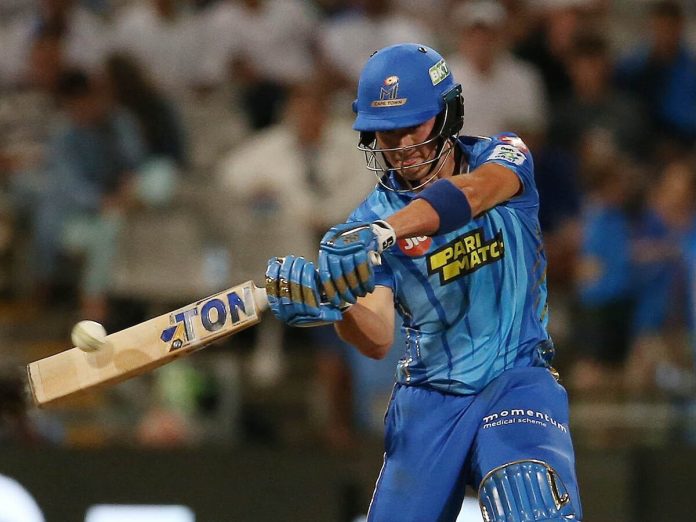 With a decisive 8-wicket victory over Paarl Royals at The Newlands Cricket Ground and the bonus point in the first game of the season, MI Cape Town enjoyed a great start to their SA20 campaign.

The Rashid Khan-led team bowled first after winning the toss and chasing 143, and after completing the task in 15.3 overs, they made a powerful statement.

Dewald Brevis starred with an unbeaten 41-ball 70 to help MI Cape Town to a winning start in the SA20 2023 tournament. Paarl Royals ended up with a score of 142/7 in their quota of 20 overs. MI Cape Town, rising high on the stellar batting display by Dewald Brevis. Know the complete details on this MI Cape Town young talent.

Who is Dewald Brevis?

Dewald Brevis, often known as “Baby AB,” of South Africa, won the Player of the Tournament award at the last ICC Under 19 World Cup, which was held in the West Indies.

During the ICC U19 World Cup 2022, Dewald Brevis of South Africa grabbed the world’s attention. The event was held in the West Indies, and India won for the fifth time in a row. However, Brevis stole the show with his outstanding batting effort for South Africa. His team was eliminated in the quarterfinals, but he finished the World Cup with the most runs.

Brevis scored 506 runs overall at an astounding average of 84.33, including three half-centuries and two hundred, while playing in only six matches.

Brevis was then selected for South Africa’s squad in November 2021 in preparation for the West Indies 2022 ICC Under-19 Cricket World Cup. He scored two centuries and three fifties during the competition, and after amassing 506 runs, he was named the Player of the Tournament.

Then Brevis was purchased by the Mumbai Indians in the 2022 Indian Premier League auction in February of that year. He was acquired by the Kandy Falcons in July 2022 for the third Lanka Premier League season.

During the IPL 2022 mega auction, four teams engaged in a bidding war when the youngster kept his basic price at 20 lakh. Dewald Brevis was the target of bids from CSK, PBKS, and LSG, but in the end, the five-time champion Mumbai Indians were able to get his services for 3 crore, which is a pretty reasonable sum given his base price. In IPL 2022, In 7 matches, Brevis played, he scored 161 runs with the strike rate of 142.5.