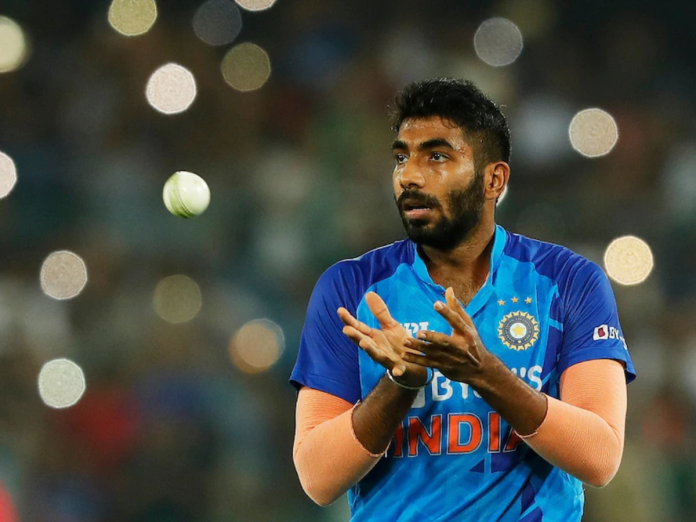 Jasprit Bumrah, an elite Indian bowler, is most likely to rejoin the team in the same manner as Ravindra Jadeja. Bumrah will continue his physiotherapy before going to the National Cricket Academy for a fitness test. He is still far from being fully fit. If the test goes well, he’ll play domestic cricket before joining the India Team for the Australia series.

India’s ranks are filled with many high-caliber pacers who can step in for Bumrah. Wasim Jaffer, a former cricketer, praised Mohammed Siraj, claiming that the fast bowler has improved greatly in recent years playing white-ball cricket. With nine wickets in the most recent ODI series against Sri Lanka, Siraj was the top wicket-taker.

At the Eden Gardens in Kolkata, Siraj began by taking two wickets in the first game before finishing with a three-wicket haul. Siraj’s four-wicket haul in the first ODI on Sunday in Trivandrum destroyed the Sri Lankan batting line-up.

Siraj received appreciation from all corners of the cricket community despite Virat Kohli winning the Player of the Series title rather than him. Jaffer added that Siraj has performed admirably for the Men in Blue in ODIs, therefore Jasprit Bumrah hasn’t been missed by India.

“You can see the progress he has made as a white-ball bowler. His red-ball bowling is top-notch, but the way he has improved in the last year or so is amazing. In a way, you don’t miss Bumrah when Siraj is bowling like that. When Bumrah is not being missed, you can understand the value Siraj brings in,” Jaffer was quoted as saying.

Umran Malik has been one of the positives

Jaffer also gave Umran Malik appreciation for his five wickets from two matches and seven economy rate. In the most recent game, the speedster was benched and Washington Sundar took his place.

“And also Umran Malik, he has been one of the positives in the series as well for the way he has bowled even though he was a little expensive, but Siraj has been magnificent. He is very aggressive, always at the batters,” he stated.

“When things are not happening, he is trying to make some inroads. Getting the batters out with the new ball isn’t easy. The way he makes the ball talk, swinging it both ways, pretty skillful stuff from Siraj,” Jaffer added.

Also Read: IND vs NZ 1st ODI Live Streaming: Complete Squads, When And Where To Watch On TV, Online?