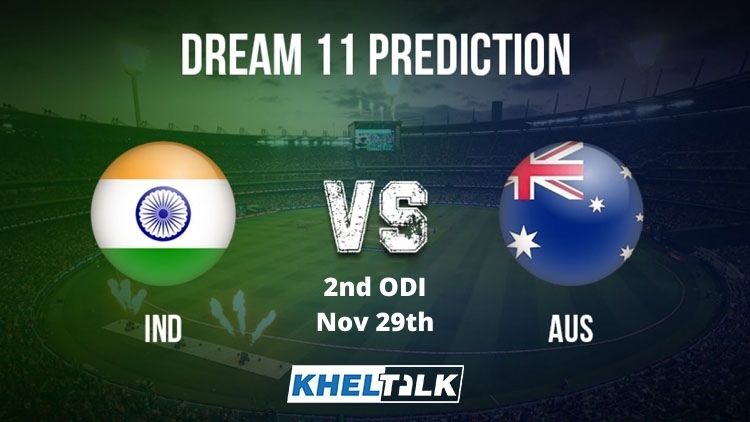 The Men in Blue didn’t get an expected start to their first ODI series post-pandemic. They lost the 1st ODI against Australia by a big margin of 66 runs. Neither their bowlers nor batsmen performed well in their respective departments. Virat Kohli, Mayank Agarwal, and Shreyas Iyer poorly failed to perform with the bat. Meanwhile, in bowling, only Mohammed Shami impressed everyone. There are several voids in Team India and they will have to recover quickly in order to perform well in 2nd game of the three-match ODI series.

The hosts performed significantly well in the 1st ODI. Their batsman performed at their best whereas bowlers also did a commendable job while defending a mammoth target of 374 runs. Only Mitchell Starc gave away more than expected runs in his spell. He looked a bit patchy and he is expected to mark a strong comeback. Let’s go through our Dream11 Team Prediction for the 1st ODI between India and Australia.

The conditions at SCG is pace-friendly but with time, it gets easier to bat on. The initial few overs will decide the fate of the game.

Virat Kohli looked in form and got off to a good start. But, he failed to convert it into a big score. However, the Indian skipper always likes to perform well against the Australian side. And, he should not be ignored in the next game.

KL Rahul failed to open his account in the ODI series well. But, he has hogged the spotlight with his batting in the ongoing year. He will most probably come out with flying colors in the upcoming game.

Steve Smith’s form will be a warning for Indian bowlers. He smacked a 62 ball century in 1st ODI. And, he will leave no stone unturned in repeating the same performance in the next affair.

David Warner looked dejected after getting dismissed in the 1st ODI of the three-match series. But, he looked well in the form with the bat. He amassed 69 runs in the previous game and cannot be ignored while picking the Dream11 Fantasy team.

Australia has a golden opportunity to take an inaccessible lead in the ongoing ODI series. But, Virat Kohli & Co. will leave no stone unturned in getting back onto the winning track. Our experts have picked that Team India will outclass in the next game.