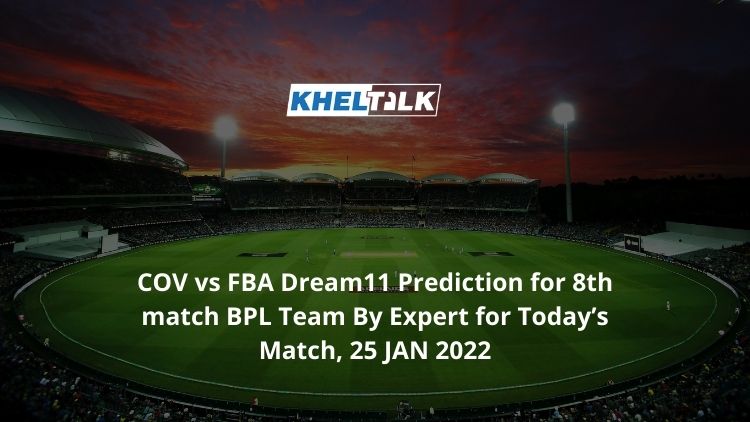 Comilla Victorians will play their second match of the tournament against Fortune Barishal. This will be the latter’s third match. They are currently at the top of the table, thanks to their net run rate. Victorians had a thrilling win over Sunrisers in their first match. The team took 19 overs to chase down 97 and won the match by two wickets.

Fortune Barishal, on the other hand, had won their first match with ease but went down in the second. They are currently in the 2nd spot in the points table.

The climate will be sunny and there is not much chance for the rain. One can expect a full game here. The temperature will be around 27 degrees Celcius.

Faf du Plessis along with Sunil Narine will lead the attack here. The bowling responsibility is fully on the shoulders of Mustafizur Rahman. Karim Janat could be the X-factor here.

Led by Shakib Al Hasan, Fortune Barishal has some of the biggest names including Chris Gayle, Dwayne Bravo among others. Alzarri Joseph will lead the bowling attack for the team.

Chris Gayle didn’t play in the second match but is likely to get back to the team here. He smashed 36 runs from 30 deliveries with three fours and two sixes in the first contest.

Shakib Al Hasan needs no introduction. The skipper will look to lead to from the front here. He has picked up two wickets with the best of 1 for 9 and has scored 36 runs in the tournament so far.

Alzarri Joseph has been the star performer with the ball for the team. He has five wickets with the best of 3 for 32 and is the leading wicket-taker at the moment.

DJ Bravo is likely to play this contest and if he does, he can be backed for an all-round show here. He has two wickets while giving away 7.85 runs per over and also has scored 45 runs so far.

Mustafizur Rahman will look to dominate here once again. He did well in the last contest by picking up two wickets while giving away just 15 runs from his four overs.

Karim Janat was the top scorer for the team with 18 runs in the last contest which was a low-scoring thriller. Janat also bowled one over and picked up a wicket.

Nahidul Islam was the player of the match in the last contest for his all-round performance. He bowled his full quota and had two wickets while giving away just 20 runs. He then smashed a six, scored 16 runs to take the team home.

Head To Head Team For COV vs FBA

Who Will Win Today between COV vs FBA Dream11 Prediction, Today’s Match?

According to Khel Talk’s prediction for COV vs FBA Dream11 Match Prediction, Fortune Barishal is likely to win this match. The team has a good composition compared to their opponent. Also, Victorians had a tough time scoring a low total in the last contest.

According to Kheltalk’s COV vs FBA Dream11 Toss Prediction, Victorians would win the toss and elect to bowl first. The teams bowling first have won more games at this venue.