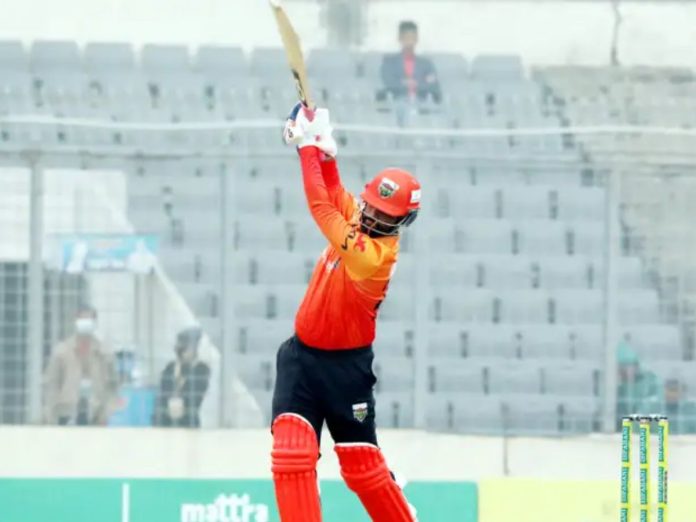 Dhaka Dominators have lost six games and have won only one so far. They are at the bottom of the table and need something special to get into the race.

Khulna Tigers are looking good at the moment. The team lost three games at the start but have won their last two games and are aiming for their third win in a row.

Going by what we have seen in recent matches, the pitch will assist the spinners more and there will be something for the batsman too. The pitch will not change much during the course of the game.

There is a good chance for rain once again and it is likely to get lighter as the match goes by. The temperature is likely to be around 15 to 21 degrees.

Al-Amin Hossain was the pick of the bowlers in that match. He grabbed four wickets in his four overs while giving away 28 runs.

Mohammad Saifuddin was economical in the last game against Dhaka Dominators. He picked up two wickets while giving away 22 runs.

Nasir Hossain was the top scorer for Dhaka Dominators in the last game. He made an unbeaten 36 from 36 balls and helped the team to cross the line.

Azam Khan is in excellent form at the moment. He smashed 109 runs in the match against CCH and is likely to play a big knock once again.

Tamim Iqbal could turn dangerous in this encounter. He will look to lead the team from the front. Iqbal will open the innings for the Tigers.

Who Will Win Today’s match Between DD vs KHT?

Khulna Tigers will look to continue their good form here. They bounced back to winning ways recently and they are expected to take revenge on Dhaka Dominators for the last game’s loss. Azam Khan is the player to watch out for here.

Who Will Win Today’s Toss Between DDvs KHT?

According to Kheltalk’s Toss Predictor, Khulna Tigers are expected to win the toss and bat first. Since the pitch will assist the batsmen more, chasing will be a better option here.