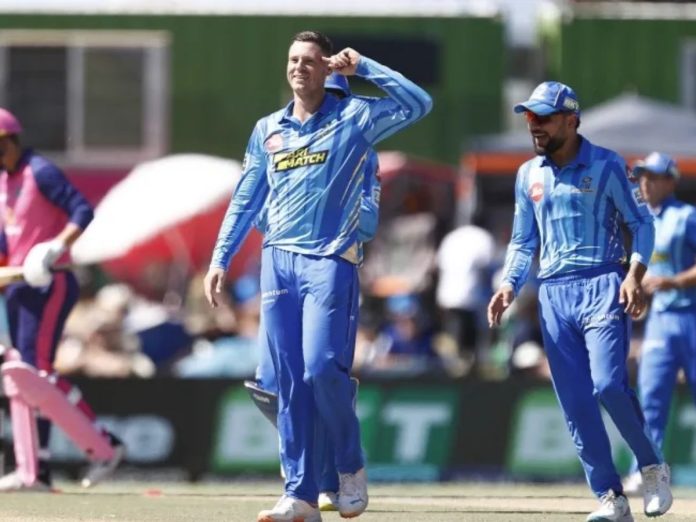 Paarl Royals have three wins and four losses in their seven matches. The team is in 3rd position currently and a win here will take them closer to the top two. They need to bring something special to defeat Sunrisers Eastern Cape.

Sunrisers Eastern Cape is in the 2nd spot with four wins and three losses in their seven matches. They will look to move to the top with a massive victory over Paarl Royals.

Jos Buttler is one of the popular choices for the captain. The wicket-keeper has 234 runs from his seven matches with a strike rate close to 122.

Evan Jones is bowling well at the moment. He has picked up nine wickets in these three matches including a four-wicket haul recently.

Marco Jansen could play impactful innings here. He has a strike rate of over 180 and has scored 118 runs in his last four matches.

Aiden Markram has managed to dominate in the tournament. He averages close to 31 and has scored 197 runs. He is a perfect candidate for vice captaincy here.

Who Will Win Today’s match Between EAC vs PRL?

Paarl Royals will begin this game as underdogs. They have poor numbers compared to the Eastern Cape. However, they have star batsmen like Jos Buttler on the list. David Miller is the player to watch out for here.

Who Will Win Today’s Toss Between EAC vs PRL?

According to Kheltalk’s Toss Predictor, The Eastern Cape is expected to win the toss and ask Paarl Royals to bat first at this venue. Since the chasing team has a good chance of winning this game, we can expect both teams to opt for the same.