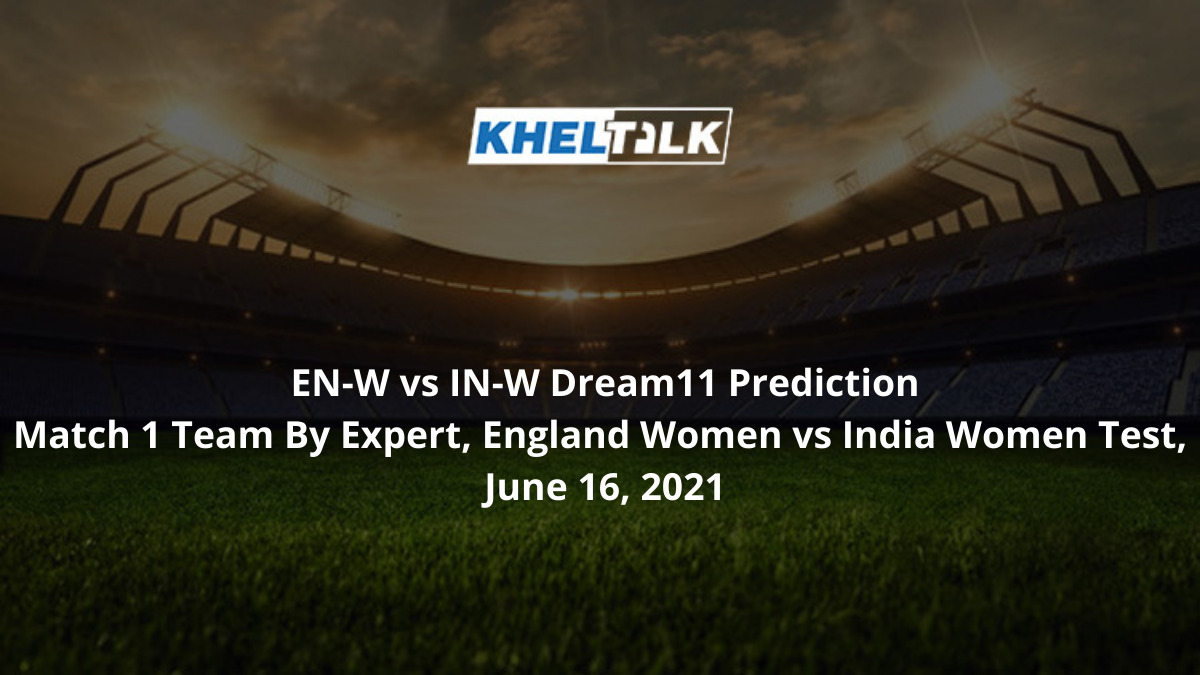 Indian Women will be playing their first Test match since 2014 as they take on England from June 16th. India’s final Test match before this contest came against South Africa and right before that series, India battled off England and returned home as the winning side.

Mithali Raj, Harmanpreet Kaur, Smriti Mandhana, Jhulan Goswami are a few players who had played in that Test match as well. Only eight players from the announced 18-member squad have a Test match under their kitty. However, the match will see a lot of new faces. In fact, India does not have multi-day domestic cricket competition these days.

On the other hand, England are one of the two teams who are keeping the Women’s Tests alive. England and Australia usually play a one-off Ashes Test and most of the cricketers are well experienced going into this contest.

Interestingly, India and England have faced 13 times in Test cricket so far and India have won two matches to England’s one while the other ten matches ended in a draw. In fact, India’s both wins came in England.

Bristol County Ground is a proper Test wicket. There will be the pace and bounce on the first day and the second, third day belongs to the spinners and the batters are likely to dominate. However, it will be difficult to chase on Day 4. Most teams prefer batting first here. The recent 33 men’s T20I matches saw 19 of them going to the chasing side while 14 went to the batting side.

India are likely to go in with more number of pacers. Jhulan Goswami, Shikha Pandey, Pooja Vastrakar, Arundhati Reddy are likely to play this contest while Poonam Yadav, Deepti Sharma, Ekta Bisht or Radha Yadav will take care of the spin department. Shafali Verma is likely to sit out as the team might prefer experienced Punam Raut to open the innings.

Compared to India, most of the players in the squad has vast experience when it comes to Test cricket. Apart from obvious selections, the team might go in with more pacers, thus, they might include Emily Arlott, who has impressed everyone with her line and length in the RHF Trophy. The team will be glad to have Anya Shrubsole back, who had to miss out New Zealand series due to injury.

Mithali Raj tops the chart when it comes to the captaincy on the fantasy side. The stalwart is the most experienced and averages 51 in Test Cricket. She has scored 663 runs with a ton and four fifties to her name. Undoubtedly, she will enjoy the challenge here.

Punam Raut is in good form at the moment and is likely to play this game ahead of Shafali Verma and if she does, she is an excellent option for captain. Raut has played two Tests so far and has made 146 runs with an average close to 49.

Smriti Mandhana needs no introduction. The Indian opener is likely to play a major role in this Test match. She was very young when she made her Test debut and had played two matches only to score 81 runs. However, a lot changed since then and Mandhana will be keen to rewrite the history here.

The England skipper Heather Knight will be keen to lead the team from the front here. She did well in the RHF Trophy recently where she had scored a fifty. Knight has played seven Tests and has 386 runs to her name.

Tammy Beaumont is having an excellent run in international cricket at the moment. She made 71, 72 not out and 88 not out in her last three ODIs against New Zealand this year and also followed it up with 63 in the second WT20I. Also, recently, she had two half-centuries in three games for Lightning in the RHF trophy.

Jhulan Goswami will be leading the bowling attack for the Indian team here. The veteran so far has 40 wickets from her 10 matches and also has scored 263 runs with a couple of fifties to her name.

Nat Sciver will hold the key for England here. She will be keen to contribute from both fronts and so far, she has 228 runs with the bat and also has picked up a couple of wickets.

Who Will Win Today Between EN-W vs IN-W Dream11 Prediction, Match 1?

According to Kheltalk’s astrology EN-W vs IN-W Dream11 match Prediction, the match is likely to end in a draw. Since rain is on cards, it is unlikely for both teams to end up on the winning side. However, if India wins this match, it will be their third consecutive Test win and also they will win their 3rd consecutive Test series, which again, is a record.

According to Kheltalk’s EN-W vs IN-W Dream11 toss prediction, India is likely to win the toss and opt to bowl first at this venue. Since the conditions will support the pacers initially, the team will be hoping that Jhulan Goswami and Shikha Pandey dominate early in the innings.