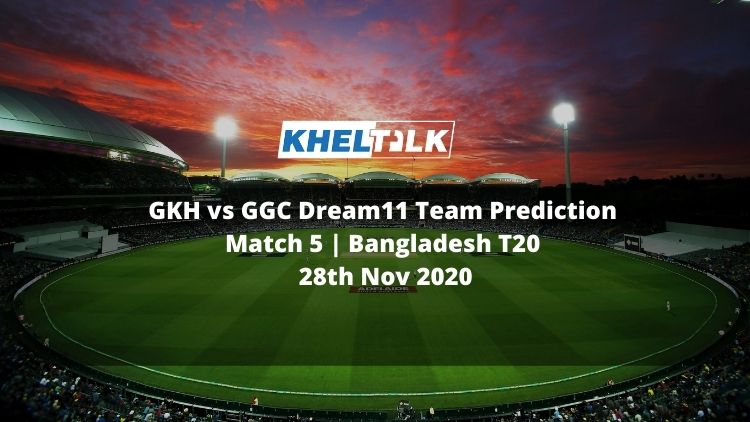 In the 5th match of the Bangladesh T20 League Gazi Group Chattogram take on the Gemco Khulna. GKH has played one match and has won that game while having played 2 games and won 2 games and lost the other game. GKH after losing the first game will be keen on bringing their campaign back on track with a win.

The pitch has supported the batters as well as the bowlers so far. The batsmen will have to wait for the bad ball and if they stay patient, they can play their strokes.

Liton Das is a prolific batter and in great form. He has the skills to play for all conditions and can change gears as per the situation. Das scored 34 runs from 33 balls in the last game and showcased his batting prowess. He has scored 636 runs in 29 games at an average of 22.71.

Soumya Sarkar is a very effective batter and has great potential. He scored 44 runs from 29 balls in the last game and remained not-out. He is in good form and his recent record has been impressive too. Considering his form and his numbers he is a good choice for captain. In 126 T20 innings, he has scored 2175 runs at an average of 19.07

Shahidul Islam was the pick of the bowler in the last two matches for his team. He bowled 4 overs and claimed 4 wickets by giving away 17 runs against Barishal and the claimed 1 wicket for 27 runs against Rajshahi. He has 40 wickets in 24 T20 games and has a bowling strike-rate of 13.2.

A Haque has been highly consistent for his team. He has scored 89 runs in 2 games and is yet to get out. He scored 48 runs in the first game and then scored 41 runs in the second game. Keeping in mind his consistency and form, he is a good choice for vice-captain.

India vs Australia: Watch: Virat Kohli Dismissed For 21 By Josh Hazlewood Against Australia in 1st ODI

GKH vs GGC Dream11 Team Prediction: Who will win the match

This will be a close game but GKH has the edge as their top order is more strong. So GKH will win this game.