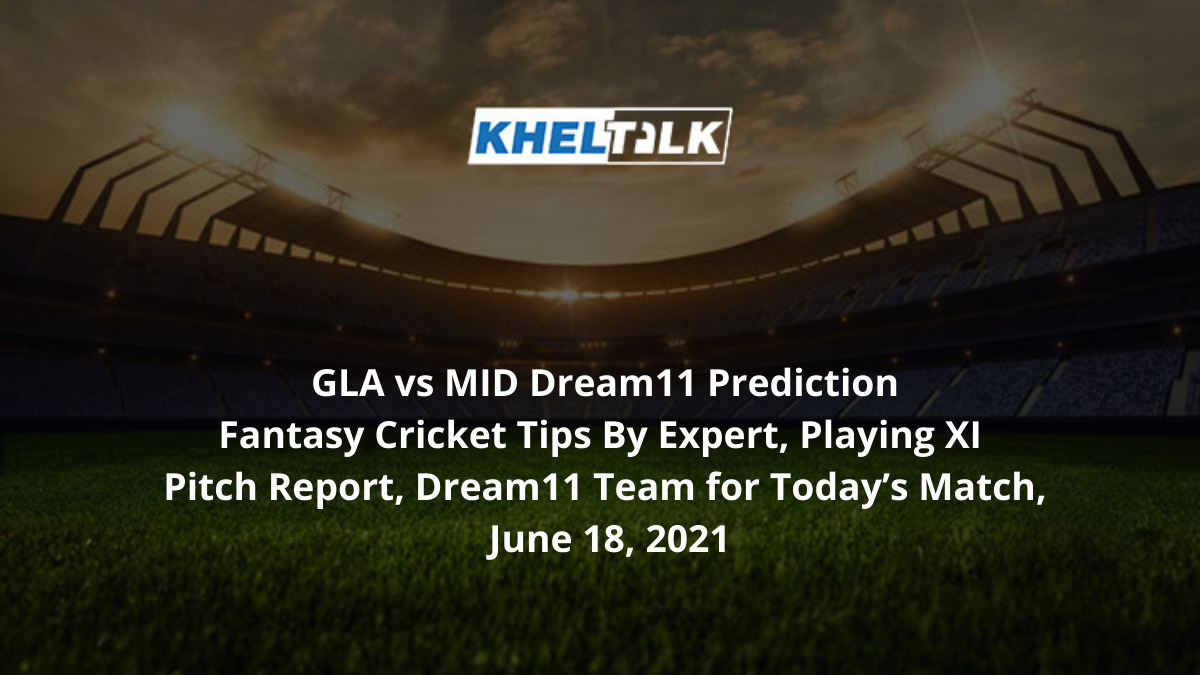 After a poor start to the tournament, one would have thought that Glamorgan had found their way when they had defeated Essex by seven wickets but the team once again had fallen back into the same loophole that had kept them away in 2020. Now, Glamorgan finds themselves at six in the points table and a win can take them to the fifth spot.

Now, Middlesex have the same amount of victories as Glamorgan, a win from four contests but their losses were just too bad that they are at the bottom of the table. However, nobody would have expected Middlesex to take down Hampshire by chasing 216, a few days ago. If the team can do that, they are capable of springing a surprise in this contest as well.

In the last five head to head match, Glamorgan had won four of them but their last contest went to Middlesex, thanks to Toby Roland-Jones’ fifer.

The pitch at Cardiff is a neutral venue and the average first innings score here is 155. Most of the matches went to the team batting second and so far 23 matches out of 45 went to the chasing side. However, in this tournament, Kent and Gloucestershire won their respective matches while batting first.

We are heading towards a rainy day at Cardiff. The weather doesn’t look good and the match is likely to be interrupted. According to the forecast, there is a 64 per cent chance for rain during the match time. The temperature will be around 18 degrees Celcius.

Both teams are doing well when it comes to batting. However, their bowling has let them down on multiple occasions. So, it is good to have more number of batters and all-rounders from both these teams.

The team will go into the same line-up from their previous match where they went down to Kent. Prem Sisodiya, who was the wonder kid in the last edition, is yet to do well here and is expected to bounce back soon. Nicholas Selman will be the player to watch out for here and was the player of the match during Glamorgan’s win.

On papers, the team has one of the best batting line-ups and that includes the captain of the England team Eoin Morgan but none of the players has found their grooves and is highly inconsistent so far. Stephen Eskinazi, who made heads turn in the last contest will look to dominate in this match.

Marnus Labuschagne is the only player who has taken the responsibility to win matches for his team or at least to take it closer. He averages 82.66, has a strike rate close to 144 in the tournament and has scored 248 and has picked up six wickets.

Chris Green is yet another Australian who can contribute from both fronts, thus, is an excellent pick for the captain in the fantasy side. He so far has scored 74 runs with the best of 26* and most importantly, has picked up nine wickets.

Eoin Morgan might be out of his touch but is just too good to be ignored and is likely to find his groove soon. He so far has made 100 runs from 4 innings with an average close to 26 and has a strike rate close to 144.

Nick Selman will open the innings for the team and is likely to give the team a brisk start. He is the only other player than Labuschagne to make a half-century in this tournament for his team. Interestingly, only his fifty came on a winnings cause.

Joe Cracknell might look like a tricky pick but the Middlesex star is among runs. He has played two matches so far and has scored a half-century in both matches. He has 144 runs to his name and has strike rate close to 175.

When these two teams met a couple of years ago, Stevie Eskinazi dominated with the bat and had scored 51 runs from just 29 deliveries with 7 fours and a couple of sixes to his name.

Who Will Win Today Between GLA vs MID Dream11 Prediction, South Group?

According to Kheltalk’s astrology GLA vs MID Dream11 match Prediction, Glamorgan will begin this contest as favourites. The team has an excellent record against Middlesex and most importantly, Marnus Labuschagne is in good form at the moment. A lot depends on him in this contest and one can only hope that he comes good today.

According to Kheltalk’s GLA vs MID Dream11 toss prediction, Glamorgan is likely to bowl first here. Since there is a lot of chance for rain to play the spoilsport, Glamorgan would love to chase down here. In fact, their only win came while chasing.