According to HYD vs BRD Dream11 Prediction for Today’s Match Fantasy Cricket, Hyderabad will take on Baroda in the Round 1 Group A match of the Vijay Hazare Trophy ODD, 2020-21 on Wednesday, 24th February 2021, at the Lalabhai Contractor Stadium, Surat. Keep reading to find out about the Vijay Hazare Trophy ODD, 2020-21 Round 1 Group A Match HYD vs BRD Dream11 team today.

Here are the stats for the teams HYD vs BRD:-

Usually, a good track to bat, we can expect at least 270 at this venue. There will be something for the bowlers as well, most of the teams prefer batting second here.

The weather will be good for batting and a lovely day awaits us here. There will be no rain at all.

It is good to go with experienced players and the players who are currently in good form.

The team has a good mixture of young and old talent and we can expect them to go well right from ball one.

This is a team with loads of experience and has got all the sides covered. We can expect them to come good here.

With the likes of Krunal Pandya and other experienced players, Baroda can be the real threat to the trophy.

All eyes on the experienced duo of Krunal Pandya and Kedar Devdhar. We can expect them to go all-in when it comes to batting.

Here are a few predictions for the captain pick for the HYD vs BRD clash.

Krunal Pandya- He is the leading run-scorer for his team and also has picked up four wickets. We can trust him for yet another big knock here.

NT Tilak Varma- He is in good form and is the leading run-scorer for his team. A lot will be depending on the start he gives to the team here.

V Solanki- He was one of the stars for Baroda in the SMAT. He has managed to carry the form here as well and averages close to 103.

TD Agarwal– With a ton and a fifty to his name, He averages close to 104 here. Agarwal could be the game-changer in this contest.

He is having a good run with the ball here and will lead the bowling attack along with Meriwala.

The vice-captain is having a poor tournament so far but is undoubtedly the best choice from the team. We can expect him to bounce back here.

Milind has been outstanding with the ball and has picked up six wickets so far. He can also bat a bit which will come in handy here.

Here is the Dream 11 Team prediction for HYD vs BRD. We are going with players who are currently in good form and can win the match with ease.

Head To Head Team For Hyderabad vs Baroda

Who Will Win Today Between HYD vs BRD Dream11 Prediction, Group B, Round 1 match?

According to Kheltalk’s astrology HYD vs BRD Dream11 match Prediction, BRD will win the match.

According to Kheltalk’s HYD vs BRD Dream11 toss prediction, BRD will win the toss and ask HYD to bat first. 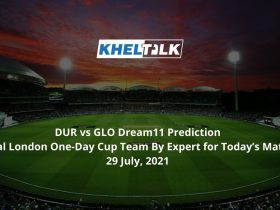 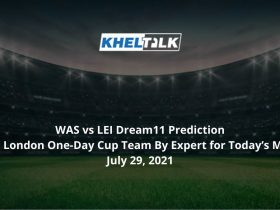 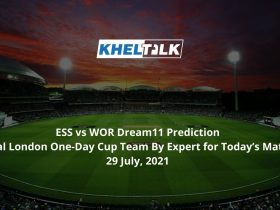