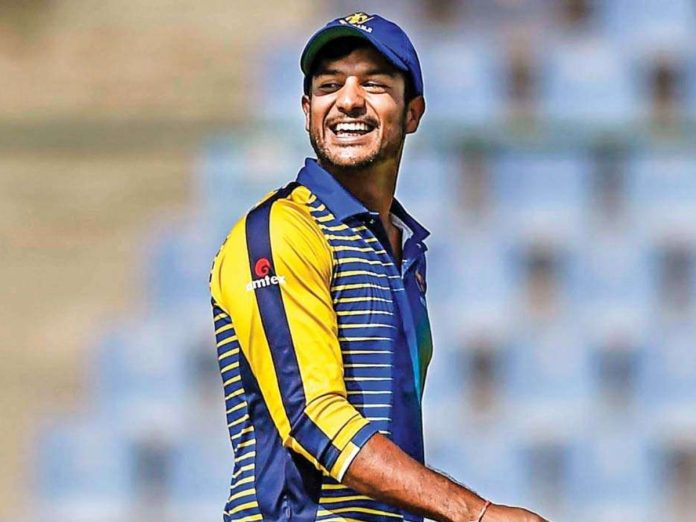 Welcome to KAR vs RJS Dream11 Prediction for Today’s Match Fantasy Cricket. Karnataka will take on Rajasthan in Ranji Trophy 2022/23 on Tuesday, 10 Jan 2023, at Alur Keep reading to find out about the KAR v RJS Dream11 team today.

The top two teams in the Elite Group C will meet on Tuesday. Both teams are unbeaten in the competition too. Karnataka has 19 points with two wins and two draws so far. Rajasthan, on the other hand, has 14 points with one win and three draws in the tournament.

This is the first time both teams will be meeting since 2019. Karnataka won their previous encounter. Also, they have three wins in their last three encounter against Rajasthan.

It is going to be a hot climate with a temperature of around 33 degrees Celcius. There is almost zero percent chance of rain. The temperature, however, is likely to drop during the last two days.

Ravikumar Samarth is one of the leading run-scorers in recent matches. The Karnataka batsman has scored 931 runs in his last ten matches with an average close to 59. He is the one to watch out for here.

Krishnappa Gowtham has gathered 39 wickets in his last ten matches. Gowtham is also very handy with the bat and is expected to dominate in this game. Gowtham is the best choice for the captain here.

Manav Suthar is one of the main reasons for Rajasthan’s excellent run in the tournament. The bowler has picked up 24 wickets in his last five First-class matches. He is the one to watch out for in this game.

Ashok Menaria will be keen to lead the team from the front in this game. He has scored 533 runs in his last ten matches with an average close to 31.35. He also has a good strike rate of around 60.

Head-to-Head Team For KAR vs RJS

Who Will Win Today between KAR vs RJS Dream11 Prediction, Today’s Match?

According to Khel Talk’s prediction for the KAR vs RJS Dream11 Match Prediction, The match is likely to end in a draw. Since both teams have a lot of heavyweights, this is going to be an entertaining four days for sure.

According to Kheltalk’s KAR vs RJS Dream11 Toss Prediction, Karnataka is likely to win the toss and opt to bowl at this venue. Most of the recent matches went to the team bowling first here.