Contents
K Gowtham in the IPL for CSK
K Gowtham T20 Career
What would K Gowtham bring to the Super Kings from Chennai?

CSK has surprised everyone by buying Karnataka all-rounder K Gowtham for a whopping amount of INR 9.25 Crores. K Gowtham was slotted at a base price of just INR 20 Lakhs. Kolkata Knight Riders made the opening bid for the all-rounder and soon it turned into a war between Sunrisers Hyderabad and the Kolkata-based franchise. However, the Super Kings from Chennai also jumped into the game later and outbid everyone.

K Gowtham in the IPL for CSK

The all-rounder has racked up decent numbers in his IPL career so far. He has scored 186 runs in 19 innings at a strike rate of over 169 and also picked up 13 wickets at an economy rate of 8.26. However, the all-rounder had an underwhelming last season playing for the Kings XI Punjab. He played only 2 matches last season where he scored 42 runs at a strike rate of 155.55 and picked up 1 wicket with the ball. 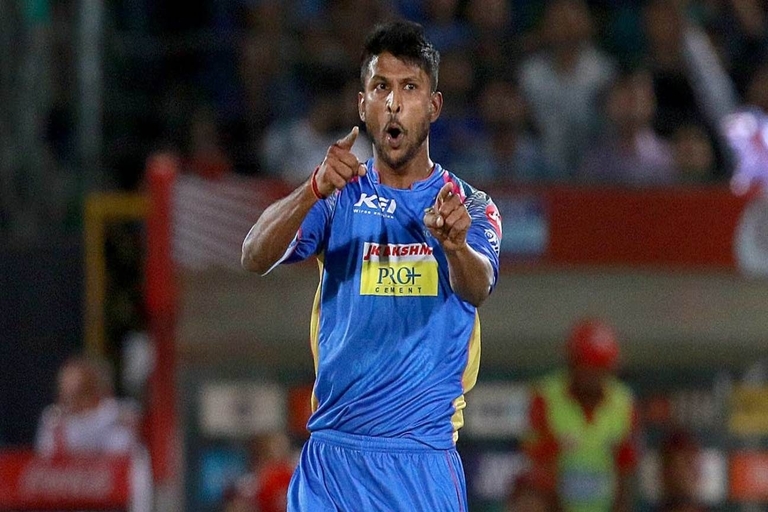 The Karnataka all-rounder does it all on the field. He can use the long handle towards the end of the innings and he also bowls decent off-spinners. He has scored a total of 594 runs in 62 T20 games at a strike rate of 159.24. He also has clinched 41 wickets with the bowl at an economy rate of 7.60.

K Gowtham was a part of the Karnataka squad in the recently concluded Syed Mushtaq Ali Trophy as well. However, he could play only 4 games due to an injury. In 4 games, Gowtham scored 31 runs and picked up 4 wickets for his side.

What would K Gowtham bring to the Super Kings from Chennai?

K Gowtham is likely to replace Kedar Jadhav in the playing 11 for the Men in Yellow. He is expected to be given the role of a finisher where he could score runs freely towards the end of the innings. It would take some pressure off of Ravindra Jadeja in the middle. K Gowtham would also bowl some quick overs for his captain as MS Dhoni would now have several options up his sleeve. The wicket of Chennai helps the spinners and it would be a big plus for Gowtham. Overall, it could be a shrewd signing for the Super Kings even if it looks like an expensive one. 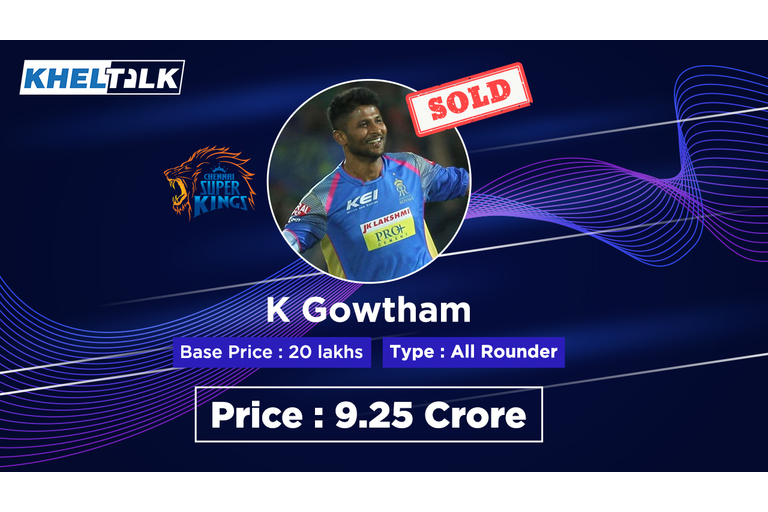