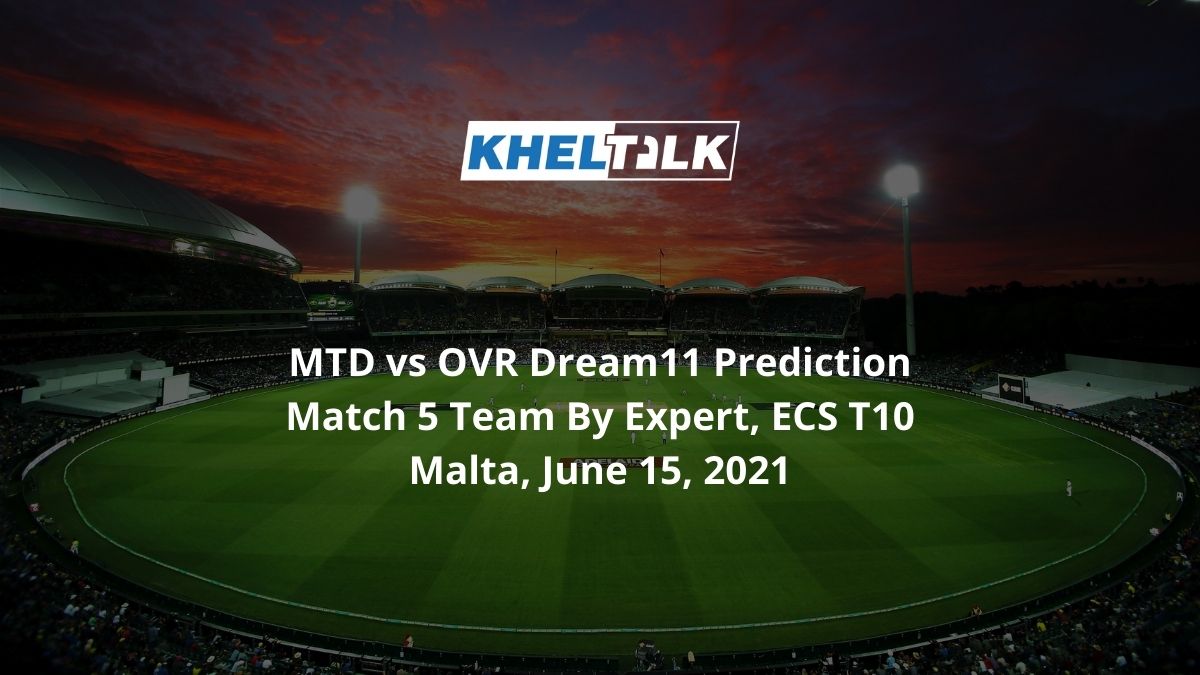 Mater Dei and Overseas will square off in the 5th and 6th match of the ECS T10 Malta at Kiel Cricket Ground, Kiel on June 15th June 2021. Both the teams will be playing their opening games of the tournament and will be looking forward start their tournament with a win here.

Mater Dei was formed in 2018 and this club belongs to Mater Dei Hospital Malta. The team is stuffed with great talents who are capable of upsetting any team. However, they are prone to inconsistent performance. On the other hand, Overseas, one of the oldest clubs of Malta finished at spot 5th with four wins from games.

The surface at the Kiel Cricket Ground has been supportive to both batsmen and bowlers. Batmen would enjoy the conditions in the initial part of the game but it will gradually slow down as the game progresses.. The average first innings score at this venue is 91 and the highest score here is 139.

It is going to be a sunny day on Monday in Malta. There is no chances of rain and the temperature will be around 27 degrees Celcius for the day and is likely to go down to 24 degrees Celcius during the match time according to the forecast.

Sam Aquilina will lead the side from behind the stumps. Cornelius Younus and A Sathi will open the innings, followed by M Nazir and S Aquilina. Sharoon Lazar and D Naeem will lead the bowling department alongside spinners M Nazir and A Sharazy.

S Bryne will keep the gloves, Kleinepunte and A Naudi will open the innings, followed by J Hirschi, M Town. C Rossouw will be doing the late hitting for the side. D Mark, E Xuereb, and J Barritt will lead the bowling department.

Andy Naudi turned out to be an effective all-rounder in the last season. Playing ten matches, he hammered 224 runs with the highest score of 53 and had an average of 37.33. Naudi will surely help you earn points.

Jurg Hirschi was the leading wicket-taker for the side. Playing ten games for Overseas last season, he bagged ten wickets with the best figure of 3/8. Don’t miss him out.

H Gericke was the second-highest run-getter in the last season for Overseas. In ten innings, he scored 129 runs with the highest score of 40. He can be a reliable asset in the middle order.

Michael Nazir of Mater Dei, who earlier played for the National team is a creative player. He is good with hitting and can score runs 360.

Who Will Win Today Between MTD vs OVR Dream11 Prediction, Match 5?

According to Kheltalk’s astrology MTD vs OVR Dream11 match Prediction, Overseas CC is likely to win this contest. MTD has not been consistent with their performance, whereas, OVR has a better lineup on papers.

According to Kheltalk’s MTD vs OVR Dream11 toss prediction, OVR will look to bat at this venue. Pitch tends to get slower in the second innings, so chase might be a problem here.