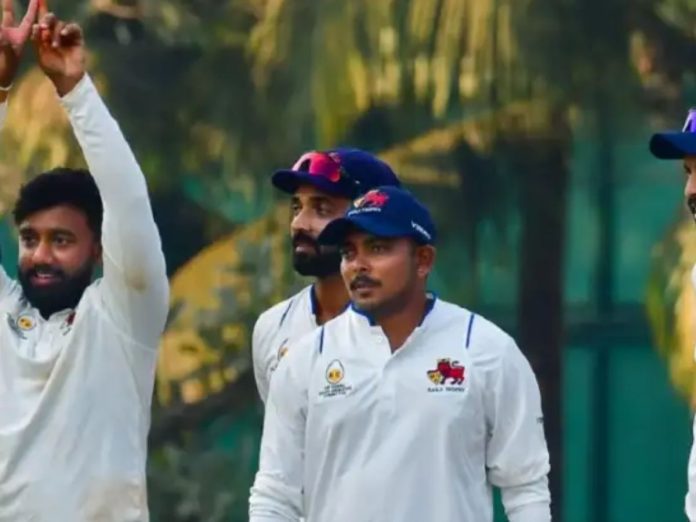 Welcome to MUM vs MAH Dream11 Prediction for Today’s Match Fantasy Cricket. Mumbai will take on Maharashtra in Ranji Trophy 2022/23 on Tuesday, 24 Jan 2023, at Mumbai. Keep reading to find out about the MUM vs MAH Dream11 team today.

Mumbai and Maharashtra will meet for the first time at Ranji Trophy since 2018. Mumbai leads their recent head-to-head matches. However, they are a position below Maharashtra in the points table with 23 points.

Maharashtra, on the other hand, are the only unbeaten team in the group and are placed second. They have three wins and three draw matches to their name.

It is going to be a hot climate with a temperature of around 33 degrees Celcius. There is almost zero per cent chance of rain. The temperature, however, is likely to drop during the last two days.

Sarfaraz Khan has been phenomenal at the Ranji Trophy. At an average of 104.73, Sarfaraz has scored 1152 runs in his last ten matches.

Ankit Bawne has been the star of Maharashtra. He has scored 709 runs from his nine matches. He is likely to make an impact here.

Shams Mulani has been the best bowler for Mumbai in recent matches. He has 62 wickets in ten matches with an economy rate of 3.34.

Who Will Win Today’s match Between MUM vs MAH?

The match is likely to end in a draw. Since both teams have a lot of heavyweights, this is going to be an entertaining four days for sure. Sarfaraz Khan is the player to watch out for here.

Who Will Win Today’s Toss Between MUM vs MAH?

According to Kheltalk’s Toss Predictor, Mumbai are expected to win the toss and bowl first. Most of the recent matches went to the team bowling first here.