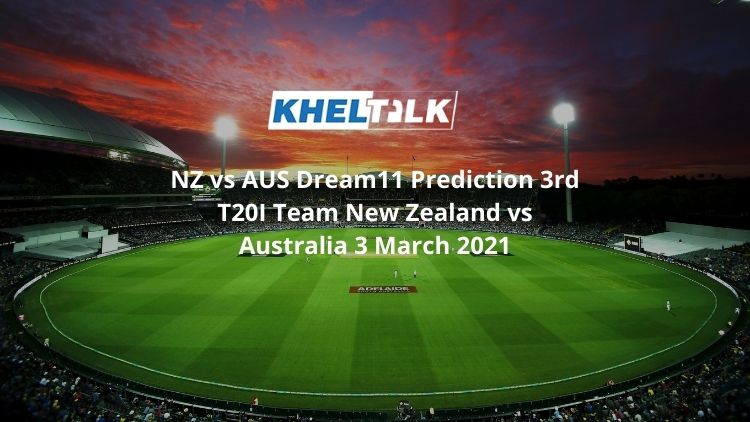 Due to pandemic and new regulations, the matches will be played at this venue. This match will be played right after the women’s match. We can expect a good contest between bat and ball here.

The weather looks scary in Wellington on Wednesday. It will be cloudy and we might have rains here.

It is good to go with more batters here and make sure to pick in-form players. Also, it’s good to have more all-rounders in the team.

The team will be looking to continue their winning momentum here. We don’t think there will be any change to the playing line-up.

New Zealand have managed to grab the series convincingly here and we can expect them to dominate this match as well.

Australia have picked up some of the in-form players here, mostly based on their BBL performance. They will be looking to bounce back here after losing back to back matches.

The team almost pulled off a win in the last match. They will be keen to finish this series on a high here.

Devon Conway is in form of his life and he did well in almost all the matches so far this year. He will be looking to bounce back in this contest.

Kane Williamson had two poor outings in the series so far. The skipper will be keen to lead his team from the front here with a massive knock here.

Marcus Stoinis batted well in the last match and we can expect at least a cameo from him in this contest.

Jimmy Neesham has contributed from both fronts in both matches. He is more of an underrated pick for the captain but this could be his day.

Boult has been too good in the death overs for the team so far. We can trust him for breakthroughs in this contest.

After a series of failures, Guptil managed to bounce back in the last contest and had an excellent half-century.

Philippe showed a glimpse of form in the last match and will be keen to contribute while opening the innings for the team.

He can contribute from both fronts here. He had a couple of cameos in the series so far and will be opening the bowling for the team here.

Who Will Win Today Between NZ vs AUS Dream11 Prediction, 3rd match?

According to Kheltalk’s astrology NZ vs AUS Dream11 match Prediction, NZ will win the match.

According to Kheltalk’s NZ vs AUS Dream11 toss prediction, NZ will win the toss and ask AUS to bowl first