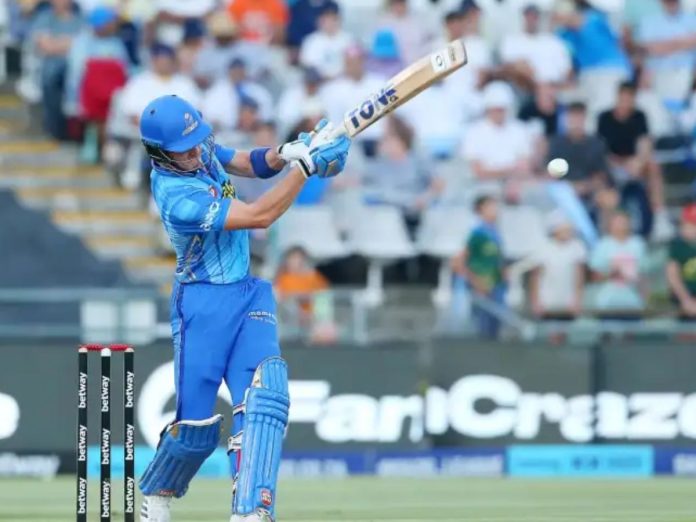 Paarl Royals are currently in the 4th position with two wins and three losses to their name. They are having a mixed tournament so far and will look to win here to get into the top four of the table.

MI Cape Town began the tournament with a win but they played poorly and lost back-to-back matches. Due to their net run-rate, they find themselves in the 3rd spot despite having the same win as four other teams in the competition.

Bjorn Fortuin has performed well with the ball in the last few matches. He has picked up nine wickets in his last five matches with an economy rate of around 6.10

Dewald Brevis needs to fire big for MI Cape Town to win this game. Brevis has gathered 133 runs from 5 matches and is expected to add more to that.

Kagiso Rabada will hold the key in the bowling department for MI Cape Town. He has picked up five wickets from his three matches with five wickets to his name.

Who Will Win Today’s match Between PRL vs CT?

Paarl Royals will begin this game as Underdogs. MI Cape Town have better numbers than the Paarl Royals and also, they have star batsmen like Dewald Brewis on the list. David Miller is the player to watch out for here.

Who Will Win Today’s Toss Between PRL vs CT?

According to Kheltalk’s Toss Predictor, The MI Cape Town are expected to win the toss and ask Paarl Royals to bat first at this venue. Since the chasing team has a good chance of winning this game, we can expect both teams to opt for the same.