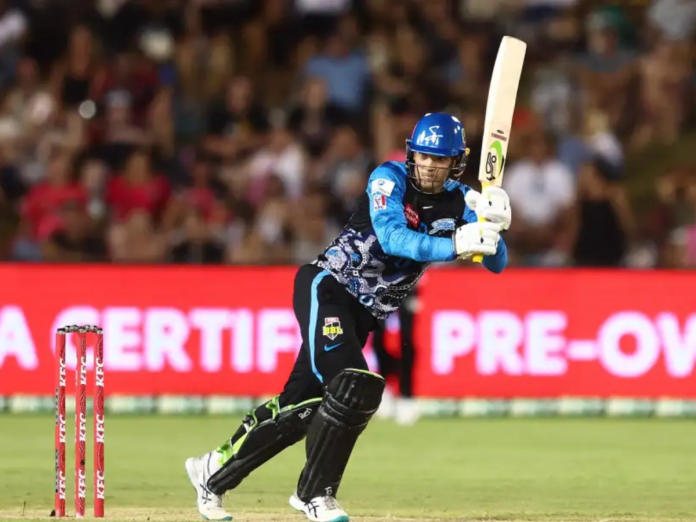 Perth Scorchers are at the top of the table with nine wins and three losses. They have 18 points, one point more than Sydney Sixers. They will look to stay on top.

Adelaide Strikers have suffered three losses in a row which had pushed them to the fifth spot in the points table. The team needs to win both their matches to stand a chance for the knock-outs.

The weather will be cloudy as expected. The temperature is likely to be around 21 degrees Celcius and there is a good chance of rain. Hopefully, the rain stays away and gives us a good game.

Josh Inglis is one of the top performers for Perth Scorchers in the tournament. The keeper has scored 311 runs in his last ten games here with a strike rate close to 159.

Caleb Jewell has averaged close to 35 in his last seven matches. He has a strike rate close to 163 and is expected to dominate here.

ALL: M Short, A Hardie

Who Will Win Today’s match Between STR vs SCO?

Perth Scorchers will begin this game as favorites. They are in a good position compared to Hobart Hurricanes and they have a good chance of finishing in the top two. The Scorchers will look for a win here as it will help them stay at the top of the table. Travis Head needs to fire big for the Adelaide Strikers to stay in the hunt.

Who Will Win Today’s Toss Between STR vs SCO?

According to Kheltalk’s Toss Predictor, Perth Scorchers are expected to win the toss and ask Adelaide Strikers to bat first at this venue. Since the chasing team has a good chance of winning this game, we can expect both teams to opt for the same.