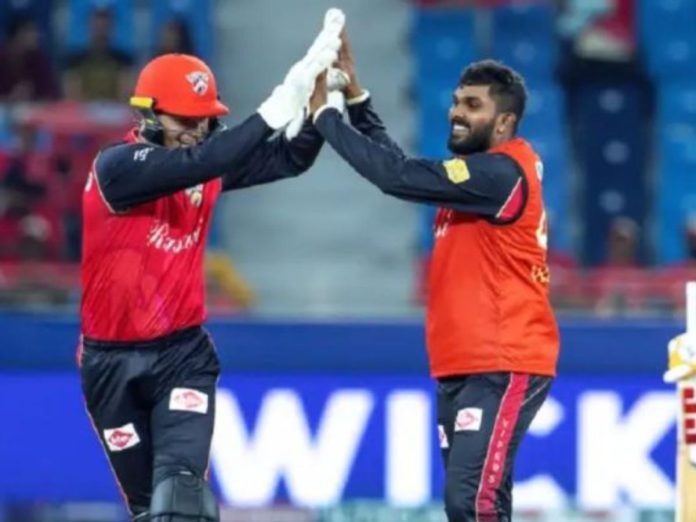 Desert Vipers are one of the unbeaten teams in the tournament and they are likely to continue the same here. They are at the top of the table with six points to their name. Gulf Giants are also doing well at the moment and have three wins so far. They are behind Desert Vipers in terms of net run rate.

Alex Hales holds the key when it comes to the batsmen. The England star has scored 257 runs in his last three matches.

Wanindu Hasaranga has been a game-changer for Desert Vipers in his last two matches. He has picked up five wickets.

James Vince has managed to play some brilliant knocks in the tournament. He has scored 224 runs with an average of more than 112. He is very important in this game.

Who Will Win Today’s match Between VIP vs GUL?

Desert Vipers will begin this game as favorites. The team is in good touch and is likely to beat Gulf Giants today. However, we expect this match to be a close encounter.

Who Will Win Today’s Toss Between VIP vs GUL?

According to Kheltalk’s Toss Predictor, Desert Vipers is expected to win the toss and bowl first. Both teams will opt to chase here as the pitch will assist the batsmen more.