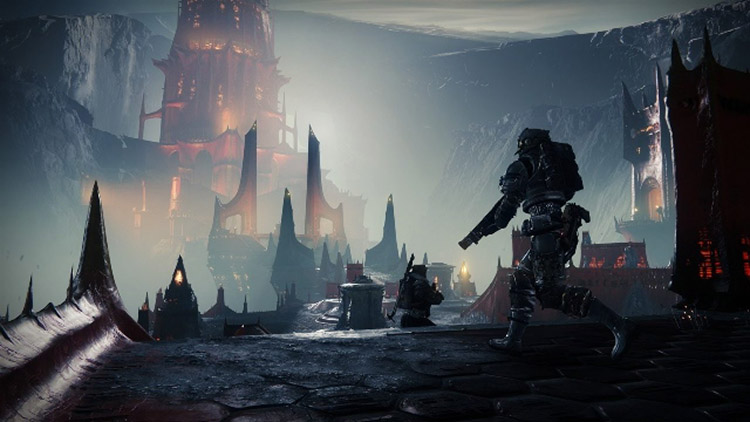 The Blast Furnace is not a new weapon. It had already been present as a new update to the Black Armory Expansion Pack that was released a year ago by Year 2. The weapon soon became a favorite among many and was entitled as a Gambit Invader’s choice and in regular Crucible PvP as well.

If you are wondering how to get Blast Furnace destiny 2, all you need to do is to enter the free version of the game, and visit Ada-1 located in the tower. To proceed further on, adhere to her directions made in the introduction. Upon successful completion, you would be rewarded with a Hammerhead Light grade machine gun, along with being provided with an expansion of frames for the Black Armory Weapons.

When looking through the expansion of Black Armory frames, search for the Black Armory Pulse frame item and look for the objectives that are needed to be completed to acquire this weapon. One may find the following frames:

These objectives can be completed by any of the available Pulse rifles available to players. However, to acquire the radiating seeds, we believe that the best choice would be for Gambit Prime. Other possible options to acquire them is by starting up a Mercury Heroic Adventure or to visit Mars – Glacial Drift. The Ma’adim Subterrane lost sector allows players to complete the Beta Frame objective in just a couple of runs. All these objectives are needed to forge the ultimate weapon – Blast Furnace.

What are the advantages of using the Blast Furnace weapon?

For almost all weapons, the Curated Rolls are the best possible options to increase the efficiency of the weapons. However, this might not suffice the needs of the Blast Furnace weapon.

The advantages of the Curated Rolls on weapons are:

However, Blast Furnace combinations are slightly better than the average Curated Rolls. Here are a few options that support this fact:

These advantages of using the Blast Furnace shows how efficient the weapon is in the hands of players. Apart from Feeding frenzy, players can also opt for Snapshot Sight instead that leads to additional advantage to players. However, acquiring this perk involves a very low probability for players, but offers them a chance to keep it for as long as they want, while increasing their range of capabilities as well.

The best aspect in all of this is that anyone who has recently joined Destiny 2 in its recent new light release, can still be able to acquire the Blast Furnace along with all of its combinatorial perks. All that they need to do is to complete the objectives and sequentially acquire them!

Blast Furnace comes from the Black Armory weapons set that belongs to the category of pulse rifle. The weapon can be easily farmed and includes a variety of combinatorial perks that is ideal for PvP or PvE gameplay. This guide details out the steps to acquire the Blast Furnace in Destiny 2.

Apart from the Lost Territory (Menagerie), the Forges is the best way to farm the weapon. To acquire the weapon, players will first have to choose the frames they want, complete some mission objectives, and then be awarded the weapon that is included with some random rolls. Blast Furnace is one of the elite weapons that players can get by following these steps.

The first step is to meet Ada-1 at the Annex Tower and to speak to her. After completing the introductory speech, you can pick up the frame. Note the requirements needed to acquire the weapon.

The first step is to open the Black Armory crate and to look for the weapon core. The crate can be found out in Nessus in Artifacts Edge or the Hallows. Players will then have to jump through the hole to reach the crate at these locations.

From there on, the Compound Ether is to be obtained from the Fallen. The Fallen can be found outside the Exodus Black. Head over to the location to look for the Fallen.

The next step is to kill 75 Scorns and to acquire 30 precision kills, to reach the next step of this quest. One of the ways to do that is to head over to the Tangle Shore and to kill Scorns that are available in the wild there.

The next step involves getting multiple kills. This can still be achieved by staying over at the Tangled Shore and finding enemies to kill that are available at the site.

The next step is to acquire the radiating seeds that can be achieved by killing 20 enemies. The ideal way to do that is to head over to the Forge since there are some powerful enemies there that reward more.

Ada-1 can be found back in the tower. She helps you with the next step in acquiring the weapon by combining the radiant seeds along with the Pulse Rifle frames.

The final step involves going to the EDZ and setting up the Forge. This is followed by 2 waves that the player needs to complete and finally killing the boss that comes at the end of this quest. Upon successful killing of the boss, a Blast Furnace weapon pops up before you.

What is the Blast Furnace?

Blast Furnace is a pulse rifle that is quite aggressive in power and has a capacity of 39 ammo that can fire at 450 RPM. The weapon has a stability rating of 68 points, along with a range of 81 points. Curated Roll combinations of this weapon include Headseeker (a temporary increase in precision kill upon making body shots), Outlaw (a decrease in reloading time upon making precision kills), and Tactical Mag (to increase the speed of reloading and in magazine capacity).