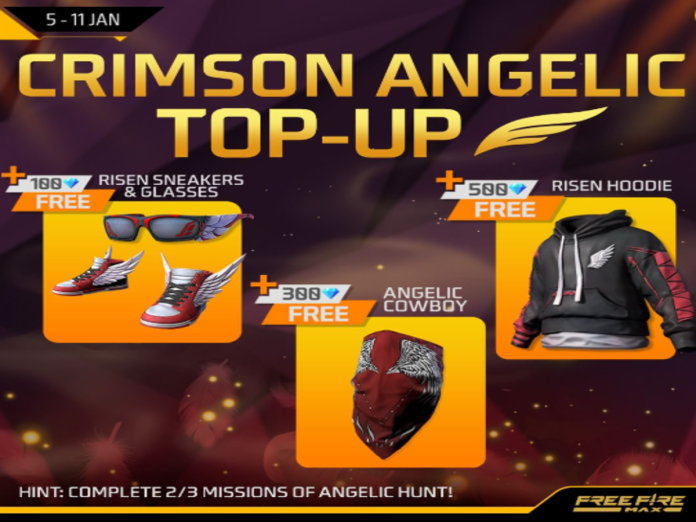 As part of the Angelic Hunt Event, Free Fire players have to complete three missions to earn rewards. The three missions relate to other sub-events that players must complete. The second event – Free Fire Crimson Angelic Top-Up event of this hunt has been officially announced by Garena today.

This is the Free Fire Crimson Angelic Top-up event. Players have to simply top up their diamonds in the game to get various clothing items for free. These include a Risen Hoodie, Angelic Cowboy, and Risen Sneakers and Glasses.

Players will thus, not only earn rewards from this but will also be able to move one step closer to solving all the clues for the Angelic Hunt event. After this, Free Fire players must complete one last event as part of the clues for the Angelic Hunt event. The event is live from January 5,2023 to January 11, 2023. Players can thus make use of this time to gain the rewards without delay.