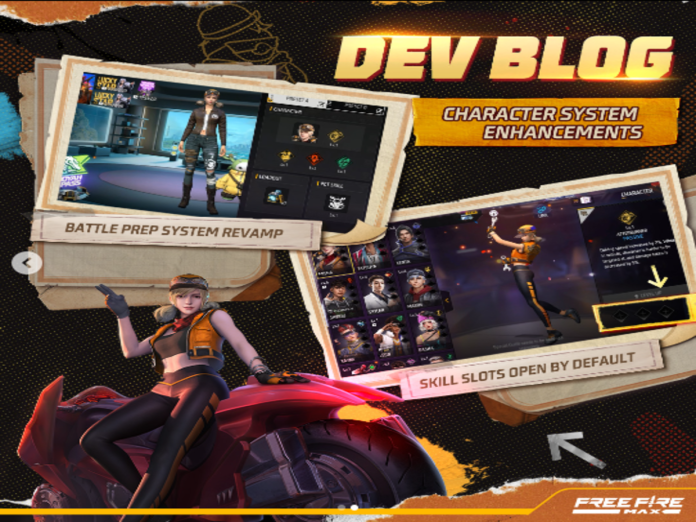 One of the most stand-out features of Free Fire are the various characters which gives players access to a wide range of abilities. However, most players were facing the issue of not being able to properly appreciate the unique character system in Free Fire. This is because of the requirement of Diamonds for learning and developing character skills. The developers of Free Fire have thus released some much-needed character-related updates today. These modifications were brought in with a view to improving the Free Fire player experience.

Although the LINK system in Free Fire MAX made it possible to get characters for free, new characters were only made accessible in LINK after they have been released for the first time. It typically took 14 days of gameplay to successfully get a LINK character. However, as players would still need to equip low-level skills for a while, the cost itself has a detrimental impact on skill combinations.

The variety of characters made playing the game daunting. Novice players struggled to grasp even the most fundamental concepts, such as how to equip skills and employ them in battle. The Booyah Buddy website suggests skill combinations, however there was a need for improvement in terms of accessibility. The developers of Free Fire have addressed these

Character Growth: By default, skill slots will be unlocked. They are thus now free. Players will be able to easily try out new characters and mix and match skills.

Skills Recommendation: The Loadout will now have new suggestions for characters, pets, and loadout combinations. New players will be able to understand these processes more quickly and easily. Additionally, presets will allow players to equip a combination instantaneously.

The Free Fire developers have also assured that they are still on the lookout for making the player experience better. Some of the improvements that will come in the future include using gold to unlock characters when they are launched, removal of skill levels, etc.