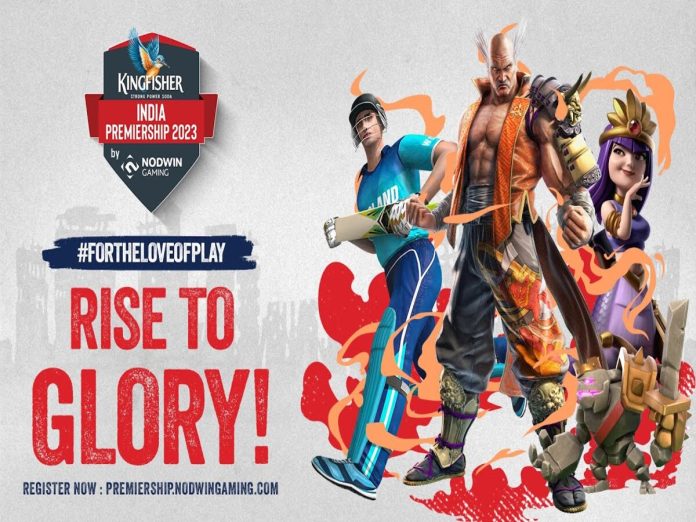 Kingfisher India Premiership 2023 will be hosted by Nodwin Gaming, a stalwart of Indian eSports. The competition is slated to take place in January, February, and March. Shortly, the Starter Cup 1 leg of the tournament will have concluded, and the Masters League Phase 1 will begin.

Akshat Rathee, the CEO of Nodwin Gaming remarked, “We can’t wait for the esports party to begin at the Kingfisher India Premiership that will hopefully set the mood high for the whole year. We’ve seen some amazing displays of talent across previous editions, with players making a name for themselves at global and national esports gatherings. We look forward to seeing what 2023 has in store for them!”

How to register for Kingfisher India Premiership 2023

To register for the open qualifiers, go to https://premiership.nodwingaming.com/ and click on “Register Now”

Anyone Indian citizen above the age of 21 years can participate in the Kingfisher India Premiership 2023.

World Cricket Championship 3, Clash Royale, and Tekken will all be featured in the Kingfisher India Premiership 2023: Winter Season. The location of the LAN finals has not yet been determined by the organizers.

Given below is the format of each stage of the Kingfisher India Premiership 2023.

The initial stage of the tournament is an open qualifier with a single-elimination format. After this, the top 8 teams will qualify for the next round.

In a round-robin style, the eight qualified teams will compete against one another. The best six teams from this group advance to the Masters League: Phase 2, while the worst two teams are taken to the Relegation Phase.

A second open qualifier with a one-week length will take place in February. The single-elimination system will be used once more, although only the top two clubs will advance to the Relegation Phase.

The top four teams of the eight eligible teams—the top six from Masters League: Phase 1 and two from Relegation Phase—will advance to the Winter LAN Finale.

The winner of the best-of-three single-elimination matches between the last four teams will be crowned the winter season champion.

Also Read: BGMI Tricks: How To Complete 100 RP Without Spending Any Money?