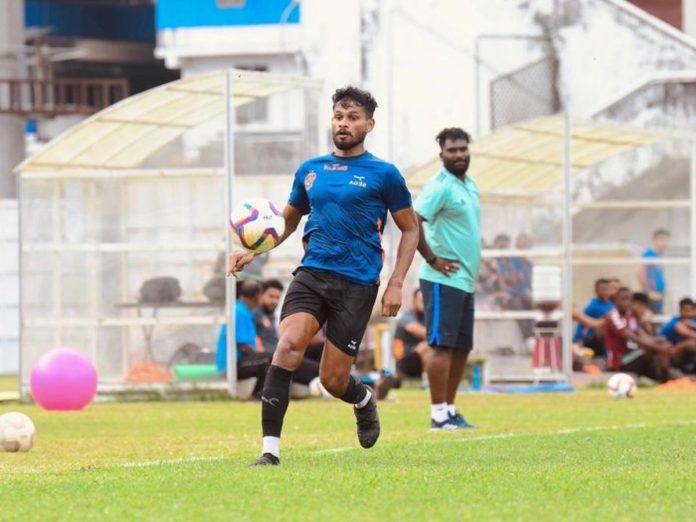 24-year-old defender Shahajas Thekkan has mutually called it quits from Gokulam Kerala FC, as per a report in KhelNow. Thekkan who was previously the captain of the Kerala Blasters FC Reserves unit was not getting enough game-time in Gokulam Kerala FC.

“The talented wing-back is currently a free agent and is looking for opportunities across ISL and I-League clubs,” said a source to KhelNow.

Shahajas Thekkan, who is a talented right-back, won the Kerala Premier League with the reserve team of Kerala Blasters FC in the 2019-20 season. During the club’s 2021 pre-season, the defender was promoted to the main side.

Thekkan has played just 5 games for Gokulam Kerala FC and was not happy with the lack of game-time in the club. He is now a free agent.