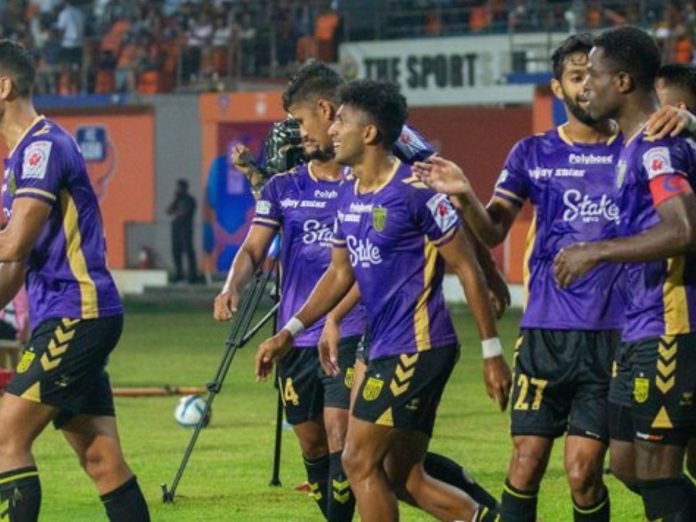 The Golden Boot winner of the Indian Super League (ISL) 2021-22 Bartholomew Ogbeche showed why he is still regarded as one of the best in business in ISL as he scored a sensational hat-trick. The Nigerian was in the thick of things and was the cynosure of all eyes as he made his team solidify its position at the top of the table.

FC Goa had absolutely no answer to the exploits of Bartholomew Ogbeche as the final score-line read 3-1. A slow start to the game was destroyed by the Nigerian in the 20th minute of the game. The Nizams went into half-time with the lead.

Carlos Pena’s FC Goa had a reason to smile as Redeem Tlang staged a comeback with a goal in the 54th minute. However, the magician in the form of Bartholomew Ogbeche had some other plans in mind.

The treble scored by him made sure Hyderabad FC climb to the top of the ISL 2022-23 points table. Manolo Marquez’s side now has 31 points in 13 games. They have 10 wins under their belt.

Even though the Gaurs enjoyed the majority of the possession in the game, they could not convert that into goals. FC Goa unfortunately tasted yet another defeat. They are presently in the 5th position in the points table.

Bartholomew Ogbeche turned the game completely towards Hyderabad FC with a brace in the 2nd half in this ISL 2022-23 game. He netted the goals in the 79th minute and the 90th minute. These two goals absolutely sealed the fate of the Nizams and the Gaurs.

NorthEast United FC will be crossing swords with Bengaluru FC today at 7:30 PM (IST) at the Indira Gandhi Atheltic Stadium in Guwahati. Both the teams would be desperate for a comeback and would be looking to grab these 3 crucial points on offer. The Blues and the Highlanders have been languishing at the bottom half of the table.

Also read: Cristiano Ronaldo Reveals The Countries He Had Offers From After His Manchester United Exit