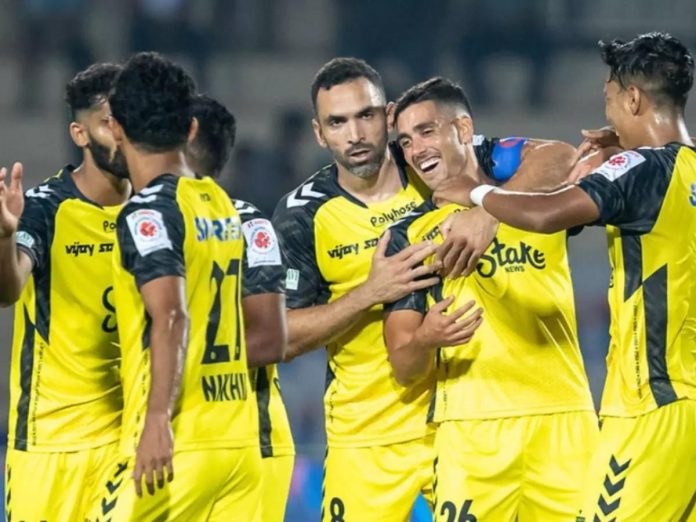 East Bengal FC will be locking horns with defending champions Hyderabad FC in this game. The Nizams would be looking to close in on their 7-point deficit at the top of the Indian Super League (ISL) 2022-23 points table.

Stephen Constantine’s men are coming on the back of a 1-2 loss against Odisha FC in their last ISL 2022-23 game. Even though they have had leads in games, the Red and Gold Brigade have failed to consolidate on that. That is a glaring concern in their campaign and they will be looking to rectify that.

Cleiton Silva and Bartholomew Ogbeche will be locking horns against each other and the spotlight will be on them. Silva has been an absolute force to reckon with in this ISL 2022-23 season and already has 9 goals under his belt. He is the leading goal-scorer of the ISL.

A tussle for 3 points and a battle for prestige, as the two ISL teams will be slotted against each other at the Salt Lake Stadium. The match is scheduled to begin from 7:30 PM (IST).

In this article, we take a look at the history and statistics between the two clubs in ISL:

The matches between the two sides in ISL have always been one-sided games. East Bengal FC has not yet registered a single victory against the reigning champions of ISL and they would be hoping to change that dubious record of theirs.

It will not be an easy task as Hyderabad FC presently sit in the 2nd position in the ISL 2022-23 points table, just behind Mumbai City FC. The Red and Gold Brigade will have to punch above their weight if they are to outclass their Hyderabadi opponents.

Most Goals (This ISL season)

Where to watch the East Bengal FC vs Hyderabad FC ISL 2022-23 match on TV in India?

The East Bengal FC vs Hyderabad FC ISL 2022-23 match will be telecasted live on the Star Sports network in India.

Where to watch the live streaming of East Bengal FC vs Hyderabad FC ISL 2022-23 match in India?

The East Bengal FC vs Hyderabad FC ISL 2022-23 match will be live streamed on the Disney+ Hotstar application in India.