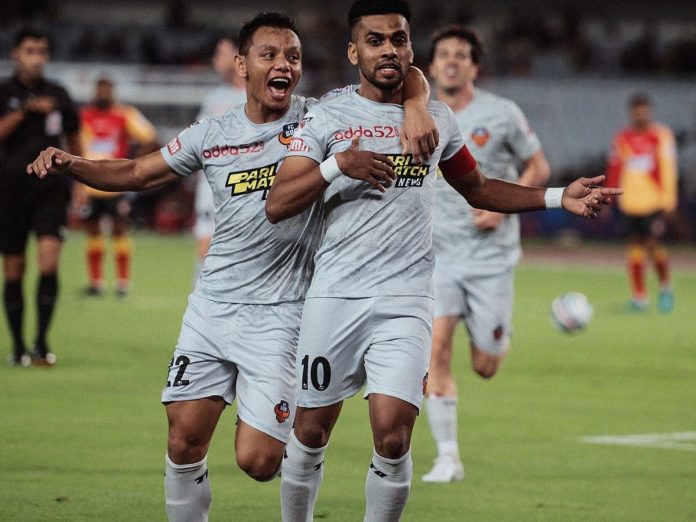 FC Goa will be hosting East Bengal FC in the first game of Match week 17 of the ongoing Indian Super League (ISL) 2022-23. The match will be taking place at the Fatorda Stadium and is slated to kick-start from 7:30 PM (IST).

FC Goa finally won a game after 5 matches as they steered comprehensively to a 3-1 victory against a dominant Kerala Blasters FC. The Gaurs would be definitely pumped up to win this game against East Bengal FC.

The Red and Gold Brigade on the other hand exhibited a fighting spirit in their previous game against Hyderabad FC but they were unfortunate to have not scored in that game. Stephen Constantine and his boys would be gunning for their 5th win in ISL 2022-23.

In this article, we take a look at the history and statistics between the two clubs in ISL:

If we take all leagues into consideration, then there always has been a neck-to-neck contest between FC Goa and East Bengal FC. East Bengal FC’s only win in ISL 2021-22 came against the Gaurs and this is something that should motivate the boys to play well against Carlos Pena’s FC Goa.

Head-to-head (across all tournaments)

Most Goals (This ISL season)

The FC Goa vs East Bengal FC ISL 2022-23 match will be telecasted live on the Star Sports network in India.

Where to watch the live streaming of FC Goa vs East Bengal FC ISL 2022-23 match in India?

The FC Goa vs East Bengal FC ISL 2022-23 match will be lived streamed on the Disney+ Hotstar application in India.