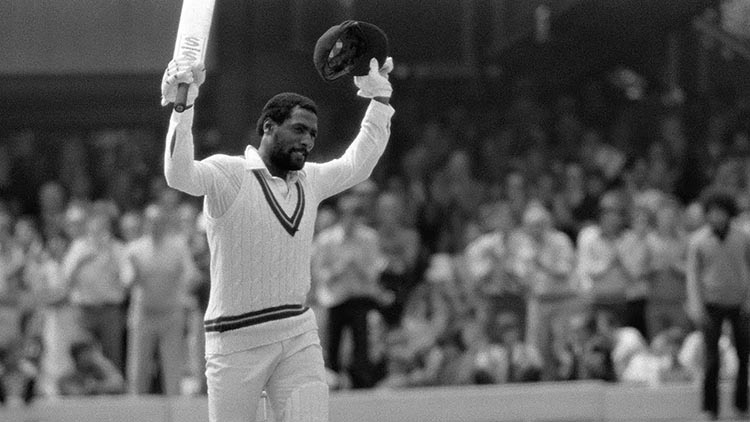 In this article, we are going to discuss 3 instances in which the Batsmen outscored the Whole Opposition Team with their Amazing Batting Skills in a One-day International.

Cricket fans have witnessed several modifications and trends in cricket. It is no longer the sport that it was a few decades ago. One thing that hasn’t changed is the fact that cricket is considered the batsman game. The outcomes, most of the time, are more favorable to batsmen. The batting, bowling, and fielding techniques have changed over the past few years. This 11-player game has become quite exciting and entertaining over time.

What made it even more interesting is the limited-overs tournaments. This makes it exciting for the audience to watch their favorite teams game with quick results. If you are a cricket fan, you probably know the aggressive batting style that the young cricketers have embraced these days. Gone are the days when players played in a calm and slow manner. Today, the batting style has changed to a point where the batsmen are setting records that were considered almost impossible a few years ago.

When the ODI started, scoring a century was considered a big achievement. Today, players amaze the audience with double hundreds in the ODI format. There have been instances when the entire team bowled out before they could even match the score of a single player from the opposition team. In this post, we will walk you through 3 such instances, in which one player outscored the whole team of the opposition in the ODI format. Let’s have a look:

In the ODI tournament between India and Sri Lanka in 2014, players set several records. The 4th ODI that was conducted in Kolkata. Rohit Sharma made it to the headlines of the news for breaking some of the biggest batting records. After the 219 runs scored by Virender Sehwag against West Indies, Rohit Sharma surprised the cricket buffs with a whopping 264 runs in the ODI against Sri Lanka. With this record, Sharma was announced as the first Indian batsman to score 250+ runs in the one-day international cricket format.

However, Sharma’s score wasn’t the only thing that caught the fans’ attention. The Indian team managed to cross 400 runs. Sri Lanka hardly managed to score 250 runs. They couldn’t chase this score and lost the match to India. Latter won the match by 153 runs. India’s bowling was good too. Dhawal Kulkarni bowled 10 overs and got 4 wickets. The whole team couldn’t even chase the score set by Rohit Sharma. Later, the media mentioned that Rohit Sharma single-handedly won the match against Sri Lanka by 13 runs. In other words, we can say that Rohit outscored the entire Sri Lankan side by 13 runs.

Yuvraj Singh, from the Indian cricket team, also made it to the list of cricketers that outscored an opposition in one-day internationals. The match was against Bangladesh and the Indian bowling attack made Bangladesh lose the match.

Another player to score double hundreds in the limited-overs match is Fakhar Zaman, a Pakistani cricketer. The match was held in Bulawayo, Zimbabwe. Fakhar Zaman surprised the audience by scoring 210 runs against Zimbabwe in the limited-overs international match in 2018. Pakistan lost only one wicket and put a big score on the run board. Including Zaman’s 210*, the players scored 399 runs. It seemed like each player on the team did a wonderful job. Imam-ul-Haq was Zaman’s partner and he scored a hundred-run century. Asif Ali, who had to bat in the third position, scored a half-century and stayed till the end.

Of course, it was difficult for Zimbabwe to chase such a big score (and that too against a team that’s known for its lethal bowling attack). Pakistan won the match with a big margin of 244 runs. The spinner Shadab Khan took 4 wickets. No player from Zimbabwe scored runs that could make a difference. The game had become a one-sided match. Elton Chigumbura and Donald Tiripano scored a few runs, but the chase was very difficult. As a result, the whole team couldn’t score the runs that match Fakhar’s whopping total.

Another name on this list is Sir Vivian Richards. He must not be that famous among young cricket fans of today since he played in 1984. But, that doesn’t make Sir Vivian Richards any less popular and skilled than Virat Kohli, Rohit Sharma, and Chris Gayle. People started to assume that he could chase almost any score possible. Even professional and experienced bowlers feared his batting. One of his greatest achievements in cricket was the 189 runs against England in one inning. The surprising part was that he scored this run against England’s bowling attack. He scored 189* runs on just 170 balls. It became one of the highest scores in the ODI.

After his fantastic performance, West Indies scored 272 runs in the innings. It got way too much for England to handle. The results were quite bad for England. The team lost the battle at 168 runs. They lost 9 wickets and couldn’t even play the 5 remaining overs. The bowling attack from the West Indies made it challenging for England to have even one solid partnership of 50 runs. Vivian Richards delivered 11 overs, took 2 wickets, and gave only 45 runs. This eventful inning turned into a nightmare for England. The whole team could not chase the runs scored by a single player, let alone chasing the final score. They still had to score 21 runs to match Vivian Richards’s total.