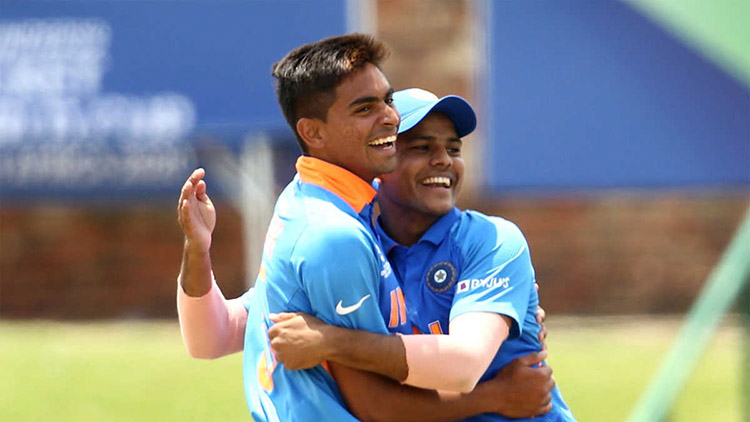 In this article, we are going to talk about 3 young Bowlers who have the Potential to lead the Indian Cricket Team‘s Bowling attack in the future!

It has been almost decades since the Indian cricket team has been relying upon the skills of spinners in bringing wonders for the team. However, it feels like the status quo has shifted towards pacers in recent years. The star bowling team for the Indian side is constituted of Bumrah, Shami, Ishant, and Bhuvaneshwar.

This young pacer caught the attention of many, during the 2019/20 Vijay Hazare Tournament. Although he played in a limited number of matches (8), he went on to take 17 wickets in the tournament, scoring an economy rate of 4 runs an over.

The domestic cricket scenario has not been well perceived among the Indian public. The captain of the Indian cricket team also chose to select the name of this young pacer for the selection of T20 matches. And it was something that everyone noticed as well.

It is evitable that this young pacer might have impressed the skipper, after taking 67 wickets in 41 of the List A appearances. This might certainly help Prasidh to get recognized and be selected in the Indian cricket team as well.

IPL 2019 was not that favorable to this young pacer, who still managed to take 10 wickets in 7 matches. Coached by stalwarts like Paras Mhambrey and Rahul Dravid, Prasidh was added to the list of the top 10 best pacers in the country, back in 2018.

Porel has been instrumental in leading the Bengal team towards the finals of the Ranji trophy. This young pacer has been doing quite well in all 3 formats of domestic cricket matches in India.

He was instrumental in the semi-finals where he took 7 wickets against Karnataka to lead Bengal with a lead of 174 runs and taking the team towards the finals against Saurashtra.

The entire country took notice of his whopping 23 wickets that he took just in 6 matches of the series. Bengal ultimately lost to Saurashtra, but Ishan was a force that was quite prominently reckoned with.

King’s XI Punjab was quick to notice this young talent, back in IPL 2019 and was quick enough to make a bid for young Ishan, landing him a base contract of 20 lakhs. The player soon was in touch with team-mates and stalwarts such as Mohammad Shami and Sheldon Cottrel, who might have significantly influenced this young pacer as well. It might not be long since we can see this young Indian pacer to be included in the national cricket team in a few years.

This young pacer coming from the under 19 groups, was taken into notice at the U19 world cup held in South Africa. Taking a whopping 11 wickets in 6 matches, he was certainly a force to be reckoned with.

He made an impressive appearance against the stronger and formidable Australian team. The pacer brought in an amazing swing to his deliveries that took the Australians by surprise and helped the Indian team to win the match by 74 runs. Soon enough, it was evident that the team would meet arch-rivals (Pakistan) in the semi-finals.

Tyagi managed to take 2 more wickets in the semi-finals, landing the Pakistan team to score just 172 runs. The Indian team, however, took the lead and won the match as Yashasvi Jaiswal managed to score a century.

Hailing from Uttar Pradesh, Tyagi has still not seen much of the senior level category of cricket matches yet. However, he was noticed by the Rajasthan Royals, who took him under their wing in IPL 2020 auctions as well. It’s not that far too long when the nation might come to notice this young pacer playing for the Indian cricket team as well.