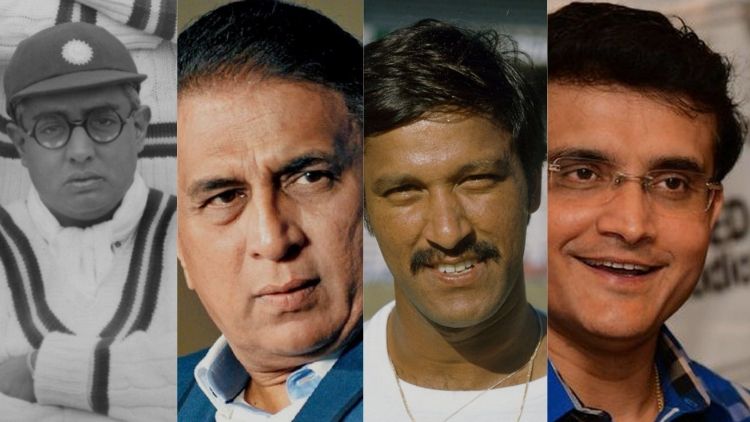 Sourav Ganguly who is 47, is going to be the next BCCI President and would hold the office on October 23, 2019. Ganguly says that he would prefer grooming the domestic cricket and some other corners of the Indian cricket.

Ganguly is among those Indians who played for the Indian national cricket site, captained it and now going to play the role of BCCI President. Though, there are a few more Indians who earned a chance to be the BCCI President. But a few of them could stay up for a short span of time.

Well, here we have compiled a list of the cricket players from India who got a chance to serve as the BCCI President:

Maharajkuman of Vizianagram known as Vizzy in the world of Indian cricket is the first Indian cricketer who got a chance to lead as the BCCI President. He performed as the president between 1954 and 1956.

Well, Vizzy did not have a good name in the Indian cricket. And he is noted as the worst skippers the Indians ever got. His sporting skills were not the reason for him to become the captain. Instead his wealth had a fantastic influence on BCCI management. The story begins in 1932 when India had to tour England for a series. Vizzy sponsored the tour and performed as the chief financier. The power of his wealth got him influenced to declare himself as the vice-captain of the team. But he had to leave because of bad health. In the next tour he posted himself as the captain. Altogether he played three Test games. And he could only pocket 33 runs, at a very 8.25 runs per inning. Alongside, he maintained an average of 18.60 runs per innings in first-class cricket. In total he has scored 1228 runs with five half-centuries at the domestic level.

There were a lot of good names in the Indian cricket at that time such as CK Nayudu, Syed Mushtaq Ali, Lala Amarnath, and Vijay Merchant. But they never got a chance to lead the team because they were not wealthy. His captaincy career was full of dirty politics and he tried influencing the players a lot. Like asking them to score less, offering them a bribe or bowling poorly.

But as the BCCI Present, Vizzy did took some much-needed steps to improve the cricket in India. Such as upgrading the Kanpur cricket stadium to hold Test matches.

Sunil Gavaskar is one fine name from the Indian Cricket. Back in 2014 he was appointed as the BCCI President on temporary basis to manage the national T20 League, IPL. Actually, he was brought as a result of the judgment passed by the Supreme Court in India in response to the corruption issues in the league.

He began his cricketing career in 1971 in West Indies. He maintained a batting average of 51.12 in 125 test matches and pocketed 34 centuries. But his limited over games career was not much successful. He appeared in 108 ODI games pocketing only a single century. Gavaskar was the part of the Indian cricket side that won the Cricket World Cup 1983.

Much expert cricket analyst regards Gavaskar as one of the best opening batsmen India had. His playing style was amazingly impressive and right off the book. Gavaskar was the first man to score over 10,000 runs in the Test games. The best score of his career is 236 in an inning against West Indies. Gavaskar knocked his best of 236 against the world-class bowling side of the time. Michael Holding, Malcolm Marshall, Joel Garner, and Andy Roberts were known as the devastating bowlers. But Gavaskar managed to play against them sensibly.

He played his last game in Bengaluru in 1987 against Pakistan.

Shivlal Yadav accompanied Gavaskar as the BCCI President following the order of the Supreme Court to manage the Indian cricket affairs other than IPL.

He also served as the Selector for the Indians. His career includes the controversy for troubling Mohammad Azharuddin. Further, Yadav served as the secretary for the Hyderabad Cricket Associate between 2000 and 2009. Alongside this, he was the vice-president of BCCI in 2013.

Well, the controversies against him were not limited to Mohammad Azharuddin. They also include a corruption case against him for the default in funds allocated for the construction of a stadium.

During his career, the spinners like Bishan Singh Bedi, Erapalli Prasnna, Srinivas Venkataraghavan, and BS Changrasekhar were performing their best. However, Yadav’s inclusion strengthened the pace attack for the Indians.

The debut of his career began with a successful Australian series in which he pocketed 24 wickets. His best of eight wickets for 118 runs helped his team put Australia on follow-on.

Swing or breaks were not much there in his bowling. But he had good stamina to keep on bowling longer spells. One best example is set against Pakistan in 1984, in which he bowled 75 overs in an inning played in Faisalabad, Pakistan.

He concluded his career in 1987 in Bengaluru in a series against Pakistan.

Recently Ganguly has been appointed as the BCCI President. During the selection phase there was no other candidate. Certainly, he was supposed to be selected. A few days back the organization committee of BCCI conducted a meeting to finalize the decision and bring Ganguly in as the BCCI President. So far, it has been informed that Ganguly would only remain as the president for a period of 10 months.

His cricketing career is full of victories and records. In total he appeared in 113 Test games and scored 7212 runs at an average of 42.17. Ganguly likes to play the pacers towards off. He even loved playing the spinners and tried getting maximum out of them.

His ODI career includes 311 games in which he pocketed 11,363 runs. Further, he maintained an average of 41.02. He wore the captaincy cap in 2000 and led the team in 49 games. He remained victorious in 21 and lost 13. Ahead of that, he was removed from captaincy in 2005. Additionally, he was the captain of the runner upside of the Cricket World Cup 2003 that Australia won.

Ganguly was the last resort for the Indian cricket authorities. He was given captaincy because the rest of the senior players in the team were allegedly involved in corruption. Well, let’s hope the best from him as the BCCI President.