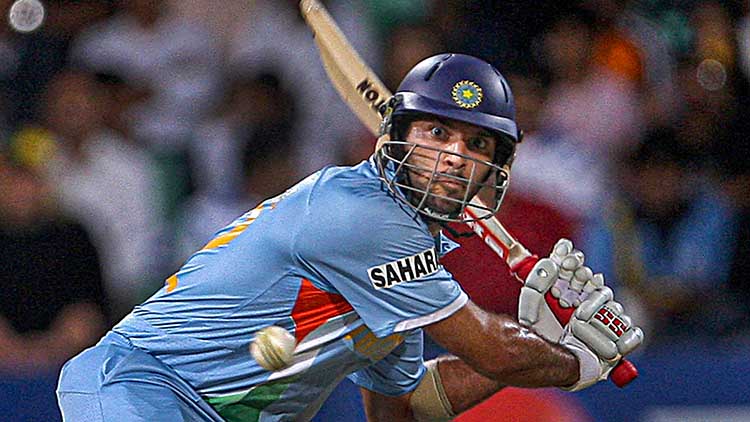 Not every batsman has the potential to hit the ball out of the ground. Getting a boundary shot is an art. Cricket is the batsmen’s game. It wouldn’t be wrong to say that the game is a little biased towards the batting team. Still, mastering the art of hitting a boundary shot is a dream for many cricketers. Hitting sixes is the most challenging task for a batsman, let alone thinking about sending all 6 balls to the boundary consecutively. That’s the reason why we have only seen a few cricketers that made this exceptional record in cricket history.

Here’s the list of the batsmen that made their way to the 6 consecutive sixes record with their excellent batting skills.

Garfield Sobers led the team, Nottingham. As a captain, he did an outstanding job. The match was against Glamorgan and the bowler was Malcolm Nash. The over became one of the most surprising overs for the audience as they got to watch the five sixes crossing the boundary, followed by the last ball that got in the hands of Davis but had crossed the boundary already. Before Garfield Sobers broke all records, the last (most runs in an over) record had 34 runs scored by Ted Alleston.

Ravi Shastri became the second player to hit six consecutive sixes in an over after Garfield Sobers. However, it took a cricketer 16 years to make another 6-sixes record. This all-rounder smashed 6-sixes in an over. It was a Ranji Trophy match between Baroda and Bombay. The bowler was Tilak Raj, a left-arm spinner.

Surprisingly, this wasn’t his only record in the match. He also achieved the fastest double-century.  That’s how he became the first Indian cricketer and the second global player to hit 6 boundaries in an over.

The first cricketer to hit 6 consecutive sixes in an over in the ODI format was Herschelle Gibbs. The match took place against the Netherlands and the bowler was Daan Van Bunge. With that, he became the third batsman in all cricket formats and the first batsman in the international cricket to make a fantastic record. He played his best innings ever and raised over $1 million for the charity.

One of the most flamboyant cricketers in Indian cricket history, Yuvraj Singh knows how to turn heads. He surprised cricketers and the audience by sending Stuart Broad’s six balls out of the boundary. It was the T20 World Cup and India had to play against England. People believe that Yuvi’s inspiration was an ugly verbal spat with England’s Andrew Flintoff. He got so furious that he made a record of 6 consecutive maximums in an over-delivered by England’s fast bowler “Stuart Broad”.

He gained recognition for hitting 6 sixes in an over. With this innings, Yuvraj Singh became the second player with the 6-sixes record in the international format and the fourth player to join Garfield Sobers, Herschelle Gibby, and Ravi Shastri. Fortunately, India won the World Cup. All thanks to the skilled players like Yuvi that contributed to this big win.

Alex Hales got his team to won the match against Warwickshire by hitting six consecutive sixes in six balls in the T20 Blast in 2015. He started it with the 4th ball in the 11th over. Delivered by Boyd Rankin, Alex sent the last two balls of the over to the boundary. He didn’t stop there. Alex Hales kept the strike in the 12th over and smashed sixes in the first three balls. That’s how he made his name to the 6-consecutive sixes in 6 consecutive balls records.

In 2018, Hazratullah Zazai became the 6th player to achieve six sixes consecutively against Balkh Legends. He set this record in the Afghanistan Premier League. He played for Kabul Zwanan. Zazai amazed the audience by hitting the six balls delivered by Abdullah Mazari out of the boundary. Hazratullah smashed 37 runs in an over, including a wide ball. Zazai went on to smash a half-century in just 12 balls.