Top 10 Batsmen with Most Sixes in an ODI Innings 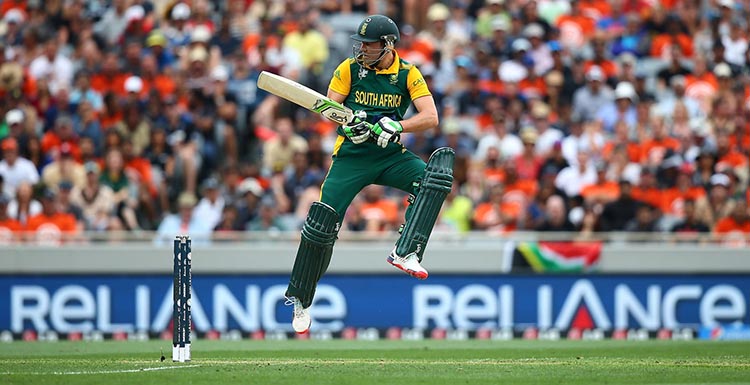 Which Batsman has Most Sixes in an ODI Innings?

Playing a six is definitely a thrilling moment in any cricket match. Every time a ball is sent over the boundary, it’s a treat for the cricket enthusiasts. The supporters of the batting team go crazy in the stadium while the opponent team and its supporters cry out in frustration. Scoring a six holds a capacity to change the mood of a match.

There have been occasions where a player in a single inning of an ODI scored a massive number of sixes. For instance, the memorable ICC World Cup match of 2019 where Eoin Morgan scored a total of 17 sixes against Afghanistan on 18 June 2019 and breaking the long-standing record held by Rohit Sharma.

The Indian batsman Rohit Sharma was the record holder of 16 sixes in an inning of an ODI match against Sri Lanka before Morgan broke the record. He is the only player who is mentioned twice in our list hitting 16 sixes and 12 sixes respectively in two separate matches. Sharma is considered as one of the best cricketers in cricket history due to his exceptional performance throughout his career.

Here is a list of cricketers who scored the most sixes in a single inning of an ODI match. The listing is made according to the number of sixes scored by a player.

Top 10 Players with most sixes in an innings (ODI)

We have to mention the former Pakistani player, Shahid Afridi, for the tenth spot on the list of Most Sixes in an ODI Innings. Afridi smashed 11 sixes in an inning of an ODI match. The match was against Sri Lanka that took place on 4 October 1996 in Nairobi. Afridi, who is considered as one of the best all-rounders in the history of cricket, ascertained his place by his extraordinary batting in the match.

The Sri Lankan batsman, Sanath Jayasuriya, holds the ninth position in our list having scored yet another whopping 11 sixes in a single inning of an ODI. This record was made in a game against Pakistan held in Singapore on 2 April 1996.

In the same innings, the player scored 11 boundaries as well and made 134 runs in total against 65 balls with a strike rate of 206.5.

The eighth place in our list is taken up by Rohith Sharma who has another mention in the #2 position on the same list. The Indian player has 12 sixes under his belt in a single inning of an ODI against Sri Lanka that took place in Mohali on 13 December 2017.

The former West Indian player, Xavier Marshall, takes the seventh spot in the list. He scored 12 sixes in total in an ODI game against Canada held in King City on 22 August 2008.

Corey Anderson, the New Zealand player, holds the sixth position on the list. The player scored 14 sixes in total in a single inning of an ODI alongside West Indies that took place in Queenstown on 1 January 2014.

With a score of 131 runs in total against 47 balls with a strike rate of 278.72, Anderson is also known to score 6 boundaries in the same inning.

The fifth spot on our list is taken up by Shane Watson who played for Australia. The player scored an amazing total of 15 sixes against Bangladesh in an ODI match held in Dhaka on 11 April 2011.

The West Indian player, Chris Gayle, is considered as one of the most notorious batsmen in cricket history. He takes the fourth position in our list by scoring 16 sixes in total in a single inning of an ODI match against Zimbabwe that took place in Canberra on 24 February 2015.

Gayle accumulated 215 runs in total while also scoring 10 boundaries against a total of 147 balls with a strike rate of 146.25.

AB de Villers holds the third position in the list by scoring yet another 16 sixes in a single inning of an ODI. The match where this record occurred was held in Johannesburg on 18 January 2015 alongside West Indies.

In the same inning, he scored 9 boundaries and made 149 runs in total against 44 balls with a strike rate of 328.63. The impressive batting on this match reinstated his position as one o the best batsmen in the history of cricket.

Rohit Sharma, one of the best batsmen in cricket history, must be mentioned for the second time in this list due to his exceptional performance in batting. The Indian player scored an impressive total of 16 sixes in an ODI game alongside Australia held on 2 November 2013 in Bengaluru.

In the same inning, Sharma scored 12 boundaries and made 209 runs in total against 158 balls with a strike rate of 132.27. This inning remains to be one of the greatest matches with the most sixes scored in the cricket history of the world.

The 2019 ICC Cricket World Cup witnessed an exceptional batting performance by the English batsman Eoin Morgan. The player scored a total of whopping 17 sixes in a single inning against Afghanistan held on 18 June 2019 in one of the largest cricket stadiums at Old Trafford cricket ground.

In this match, Morgan broke the record held by the Indian player Rohit Sharma by scoring the most sixes in a single inning of a game. He accumulated a total of 148 runs by facing only 71 balls with a strike rate of 208.45. He also scored 4 boundaries in the same game.

Some more players deserve to be mentioned in the list for their performance. All these players mentioned below scored 11 sixes in an inning of an ODI match like Ramdin. The list is made in chronological order.