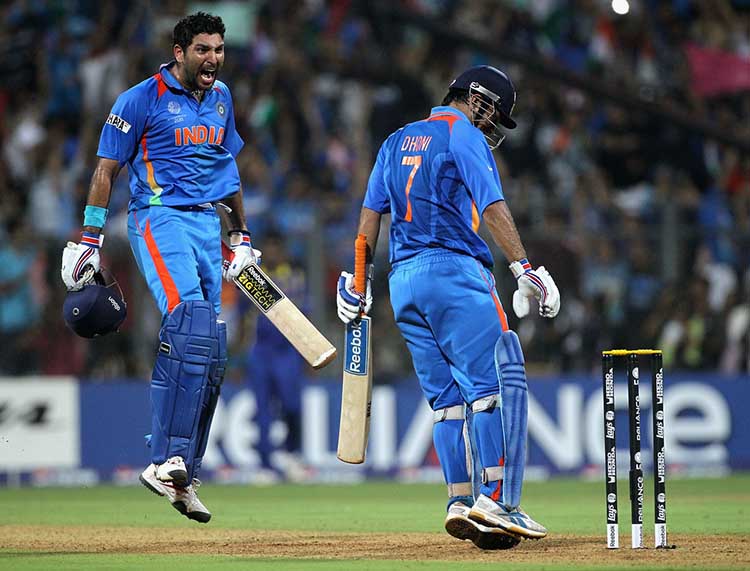 Cricket is such an interesting game that it becomes hard to pick the best cricket moments of the decade as the last 10 years have been marked with so many instances. But still, we have managed to count the most significant events in the history of Cricket this decade.

February 24, 2010 – Gwalior became the place where history was created. Sachin Tendulkar, the batting maestro, became the first batsman to hit a double ton in ODIs. This feat was achieved after 2961 ODIs have been played. He scored 200* in the final over of the innings Vs South Africa. Many players in the past have come close to breaking the shackles of 200 runs in ODIs. But no one other than Sachin Ramesh Tendulkar deserves the accolades more as he has scored more runs – fifties and 100s in ODIs. The server of Cricinfo crashed after receiving 45 million page views on that day. Ever since then, the great game of Cricket has seen 7 more double tons in ODIs out of which, 3 have been scored by India’s very own Rohit Sharma.

April 2 2011 – It was Mumbai’s iconic Wankhede Stadium that saw India lifting the World Cup crown after a dry spell of 28 years. India emerged as the only Team to have won the World Cup at home. Yuvraj Singh, the hero and the Man of the Series of the World Cup was struggling with cancer and yet gave his best during the Tournament. The dream of Sachin Tendulkar to finally win the World Cup was achieved when MS Dhoni, the Indian Captain hit the Six to win the World Cup. Indian erupted in celebrations with processions and celebrations marking streets Delhi, Kolkata, Mumbai and other cities with pump and music.

2012 – Heartbreak for Bangladesh in the Asia Cup Final

March 22 2012 – Asia Cup proved to be a fantastic Tournament for Bangladesh as they played some brilliant Cricket. Tamim Iqbal, Shakib Al Hasan, and Mushfiqur Rahim were Stars and were looking to make to the next level in the world of Cricket as they had beaten a strong India side, along with Sri Lanka and even Pakistan. In the Final, they faced Pakistan, and it was a tight contest, and they required 9 off the last over. Mahmudullah was on strike with Aijaz Cheema bowling. But fate had some other plans as the Bangladesh Team fell short of 2 runs. Entire Bangladesh, including the players, was heartbroken and wept in agony. Nonetheless, it helped them find their big 5 – Tamim, Mahmudullah, Shakib, Mushfiqur and Mashrafe Mortaza.

November 16 2013 – It was the day when India wept as it was the last day of Sachin Tendulkar’s incredible career. Playing at the Wankhede Stadium, he scored 74 runs in his last inning. His farewell speech was one of the best by a Cricketer that brought tears in the eyes of people present in the stadium and lots more catching it Live on the TV. Tendulkar made everyone emotional as he went to the pitch one last time and paid his respect – the moment made it more memorable. Sachin Tendulkar retired with having the most number of 100s in ODIs, Tests and many more records that he made over the years. This is among the cricket moments that’ll be cherished and looked upon for ages to come.

November 24-25 2014 – It was the time when the entire Cricket world came together! On November 25, Philip Hughes, an Australian Cricketer got hit by a bouncer in a Domestic match and had to be airlifted to the hospital. Fans all over the world prayed for his recovery, but fate had something else stored. He succumbed to the injury on November 27 2014. Pakistan and New Zealand were playing in a Test match in Sharjah, and they suspended the play for a day to give respect to the young Cricketer. Fans, Cricketers and Boards started trending #PutOutYourBats as a mark of tribute to Philip Hughes on social media platforms. On our list of historic cricket moments, this one is the most heartbreaking and sad!

November 27 2015 – It was exactly after a year Philip Hughes switched to another world, the First Day-Night Test Match was played. Australia and New Zealand played each other at the Adelaide Oval. Australians have been known for bringing out new ideas and changes to the game to keep it interesting for players and fans. They began the evolution of Day-Night Cricket besides color kits, DRS, Hotspot and the Pink Ball Test. It was done to bring in more crowds for Test matches and make it interesting. Before the decade was gone, India also played its First Day-Night Pink Ball Test against Bangladesh at the Eden Gardens in Kolkata.

April 3 2016 – West Indies had been the Team to win the inaugural 1975 World Cup and in 1979. They emerged as the First Team to win the Twenty20 World Cup twice in 2016. It was 4 back to back sixes of Carlos Braithwaite in the Final over that helped the Caribbean Team winning the Cup – and it was one of the best Cricket moments. Just like 2012, Samuels also played his part in the Finals. West Indies had a great year in 2016 as they also won the Female T20 World Cup and U-19 World Cup.

June 18 2017 – Pakistan made it to the Champions Trophy Tournament as the last Team to qualify. An India-Pakistan match is known to be the Mother of all clashes, and if it is a Final, then you can just imagine the frenzy of fans on both sides. On that day, everything went in favor of Pakistan except the Toss. Fakhar Zaman, the Pakistan opener had the luck as he survived on 3 and made Indian bowlers’ lives miserable. He went on to score 114 and added 128 for the 1st wicket that set up the momentum for Pakistan. Pakistan went on to make a huge 338. Chasing 339, the top order of India was derailed by the spell of Mohammad Amir. During his opening spell of 4 overs, he picked up top Indian scorers. 33 was all that was on board when he had sent the likes of Dhawan, Rohit and Kohli back into the pavilion. Hardik Pandya tried his hand by hitting a few sixes and top-scored with 76 before getting run out. Pak won the Cup despite being the last Team to qualify for the Tournament. It was not surprising for Pakistani fans who know that their Cricket has always been full of ups, downs and uncertainties.

March 24, 2018 – If match-fixing was not enough to tarnish the image of Cricket, game’s best players involved themselves in the decade’s greatest controversy. David Warner, Steve Smith, and Cameron Bancroft were found tempering the ball with sandpaper. Sandpaper is something that Cricketers use to maintain bats. It was in the 3rd Test Vs South Africa that Steve Smith, the Captain admitted of knowing the plans of changing the ball’s condition. Even David Warner had accepted the charges labeled against him by the ICC. The Australian Cricket Board banned these 3 players from playing in International Cricket for 1 year. Tim Paine got the opportunity to lead Australia, and later Aaron Finch Captained the side in the absence of Steve Smith. This is one of the most shameful cricket moments in the history of cricket.

July 14, 2019 – It was one of the greatest matches of the ODI history leading to a nail-biting finish in the final of the 2019 ICC Cricket World Cup in England. This match alone gave us many cricket moments to remember throughout our lifetime. It was a tie that was followed by a Super Over and another tie. But England emerged victorious of scoring more boundaries in the match. The rule said that whichever side hits more boundaries in a Final will win the match in case of a tied super over. England was in its top-notch form as it had a great campaign in 2019. After losing earlier 3 World Cup Finals, England finally overcome the tag of chokers! Finally, a World Cup win for the game’s original creator!