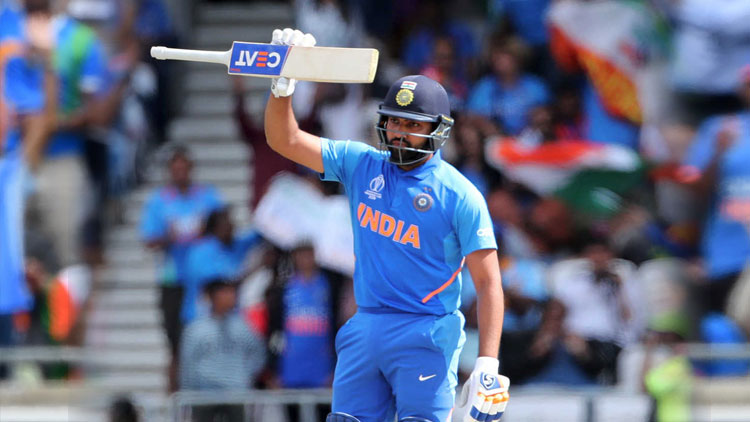 India, the two times World Cup champs, had something to chew on even after they could not make it to the Final of the 2019 edition.

Rohit Sharma, the Vice-Captain of the Indian Cricket Team, was the higher run-scorer.

England finally won its maiden World Cup after waiting for 44 years. They beat New Zealand in a thrilling Super Over based on the number of more fours scored.

Rohit Sharma enjoyed a dream run during the 2019 ICC Cricket World Cup. He scored 648 runs in 9 matches, and it was done at an average of 81. The destructive opener also hit 5 stunning hundred and a 50.

Sharma also achieved a rare feat in the World Cup. He became the only batsmen in the history of World Cup to score 5 centuries in a single edition.

His only bad outing was against the Black Caps. It was when he was dismissed on 1 in the heartbreaking Semi-Final that India lost.

Rohit had a rare failure Vs New Zealand. And it meant that Sachin Tendulkar’s record of 673 runs continues to remain intact for a good 4 year until 2023.

Rohit Sharma is not the only Indian batsmen to have finished as the leading run-scorer in a single edition of the World Cup. In fact, he is the 3rd batsman from India to do so. Before him, it was the ‘Master Blaster’ Sachin Tendulkar, who charmed the audience with his stunning display with the bat. Yes, the original ‘Run Machine’ topped the tables in the 1996 and 2003 World Cups.

The 648 runs scored by Rohit is the 3rd highest in a single World Cup after Sachin (673) and Mathew Hayden. The Former Australian opener had made 659 runs in the 2007 edition.

Joe Root (England) and Kane Williamson (New Zealand) were the only batsmen who had a chance to go past Rohit Sharma. But both of them were dismissed cheaply in the Final. Root needed 100 runs to topple Sharma. He made 556 runs with 2 tons and 3 fifties at an average of 68.62.

But, Kane ended up scoring 578 runs at 96.33 average in 10 matches with 2 hundred and 2 fifties. Williamson also broke the record for the highest number of runs scored by a Captain in the World Cups.

For more amazing stories about the world of Cricket and beyond, keep following KhelTalk!