Top 10 Players with the Most Man of the Match Awards in ODI Cricket History! 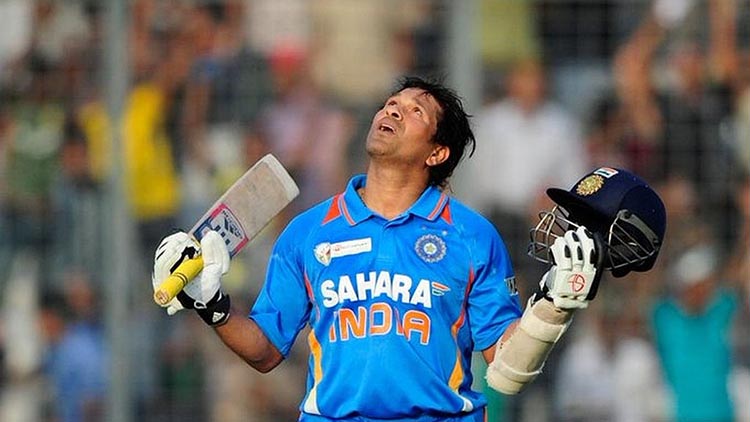 In this “For the Record” article, we are going to take a look at the top 10 Players who have received the most number of Man of Match awards in ODI Cricket.

The One-Day International (ODIs) format in Cricket has stood the test of time ever since its start. Yes, now it is one of the most popular formats of the game.

It may have lost some sheen after the launch of the T20 format, but ICC still wants to continue with it. One of the popular ODI Tournaments in the world is the 50-overs Cricket World Cup.

Over the years, the 50-overs format has seen memorable performances by Cricketers. It has kept fans in awe of them and, it has helped players earn many ‘Man of the Match’ awards.

At the end of every game in Cricket, ‘Man of the Match’ award is given to a player with excellent performance. It works like a charm for them to do better the next time they represent their country. The instance of players like Viv Richards, Sanath Jayasurya and Sourav Ganguly winning the MOM so many times is an example.

On that note, we will talk about 10 mesmerizing Cricketers, who have managed to win the most number of ‘Man of the Match’ awards in ODIs.

Top 10 Players with most MOM Awards in ODI Cricket History

Brian Lara was one of the best left-handed batsmen to have graced the game of Cricket. He made many fans with his enchanting back foot punches and cover drives. Lara went on to score 10,000 runs in 299 ODIs. Other than scoring 19 tons, he also made 63 fifties. The legendary Caribbean player also earned 30 ‘Man of the Match’ awards.

Sri Lanka has been blessed to have a player like Kumar Sangakkara playing the game for them. He was an idol for budding Cricketers with his on and off-field conduct. Kumar represented the Island Nation in 404 ODIs and won 31 ‘Man of the Match’ awards. What’s more, the right-hander also made 14,000 runs. And it was studded with 25 hundred. He went on to become the highest ODI run-getter for Sri Lanka.

Sourav Ganguly was one of the best Captains that Indian Cricket has seen. He was an able leader who could also play cover drives elegantly. Dancing down the track and hitting spinners for the maximum was his trademark shot. Sachin Tendulkar overshadowed the performance of ‘Dada’, but he was still able to make a niche. In 311 ODIs, he walked away with the ‘Man of the Match’ for 32 times. Ganguly is among the highest run-scorers in India with 11,363 runs with an average of 41.02.

When it comes to aggressive batting, the first name that comes to our mind is of Sir Viv Richards. He was a part of the dominating Team of West Indies that was a powerhouse. In 187 ODIs that Richards played, he scored 6721 runs at an average of 47. The top-class batsman won the prestigious ‘Man of the Match’ award for as many as 31 times.

The Boom Boom Shahid Afridi was one of the greatest all-rounders in the world of Cricket. Not only he could play shots amazingly but even was an able bowler. And that’s why he grabbed 395 ODI wickets as well. He played for Pakistan in 398 ODIs and scored 8,064 runs. It also included 6 tons. Afridi also had a ton in 37 balls, and it was the fastest ton at that time. Shahid went on to win 32 ‘Man of the Match’ awards.

There is no doubt that Ricky Ponting was one of the best Captains in the ODI format of the game. He led Australia to back to back wins in 2003 and 2007 World Cup. Ponting was also one of the prolific batsmen that Cricket has seen. In 375 One-Dayers, Ponting scored 13,704 runs at 42 average. He also made 30 tons, and that helped him walk away with 32 MOM awards.

Jacques Kallis of South Africa was one of the best all-rounders ever to have played the game. Not only he contributed immensely with the bat, but he even chipped with wickets at crucial junctures. In 314 ODIs, Kallis went on to score over 11,000 runs, and it also included 273 wickets. He played for South Africa over 18 years and was an amazing fielder at the slip too. Kallis achieved 32 ‘Man of the Match’ awards.

Virat Kohli is the modern run machine. He is most probably the world’s best batsmen currently. His passion and hard work for success have inspired and surprised many. And that has made him one of the modern-day greats today. With 43 hundred already, the right-hand bat has made 11,867 runs so far in 248 ODIs. The Captain of the Indian Cricket Team has made the ‘Man of the Match’ award his own for 36 times. The best thing about him is that Virat is the only playing Cricketer who has managed to grace this list.

Sanath Jayasurya was regarded as one of the big hitters of the Cricket ball. His aggressive innings at the start of the innings were eye-pleasing. Not only the batting, but Jayasurya was also a handy bowler. The Southpaw went on to play in 445 matches for Sri Lanka. During his stint with the game, he made 13,430 runs and included 28 centuries. He scored at an average of 32.36. The 49-year old batsman earned as many as 48 ‘Man of the Match’ awards. He happens to be the 2nd among all players to have won maximum MOM in One-Day Internationals.

How many times the ‘Little Master’ Sachin Tendulkar will top one more list? Sachin Tendulkar was one of the best Cricketers to have played the game. In fact, Indian Cricket and the world of Cricket were lucky enough to have a player like him! He was able to score so many runs, and that made him an exemplary batsman. He played the game for 20 years and made many records his own during the stint. Sachin played for India in 463 matches and scored 18,426 runs. His average was 44.83. The down to earth Cricketer also scored 49 centuries in ODIs. And it is the highest number of tons scored by a player in ODI. He also made a ton of tons in International Cricket – 51 in Tests and 49 in ODIs. The legendary batsman has the distinction of winning the most number of ‘Man of the Match’ awards ever! He has won the MOM 62 times – the most by a Cricketer in One-Dayers!