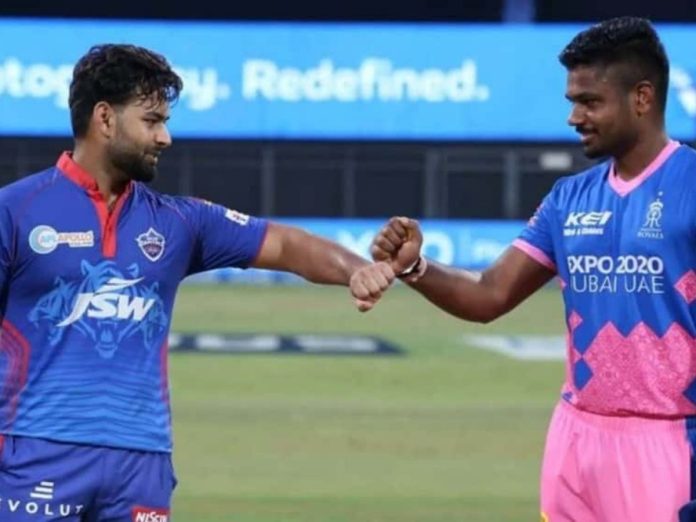 The Delhi Capitals will face the Rajasthan Royals in the 34th match of the TATA IPL 2022. This match will take place on April 22 at 7:30 p.m. at Wankhede Stadium in Mumbai.

Aside from this season, RR and DC seem to have a much record against each other. They’ve met in 24 matches so far, with both teams winning 12 of them. However, Delhi Capitals have won five of their six meetings with the Rajasthan Royals since 2019. Both teams met in the 36th match of the IPL 2021 in Abu Dhabi.

DC is up to bat first. As DC finished with 154/6 in 20 overs, Shreyas Iyer took the lead with 43 runs off 32 deliveries. In response, Sanju Samson smashed 70 runs off 53 balls but received little help from the other batters as RR lost by 33 runs. All five DC bowlers took wickets as RR was restricted to only 121 runs.

Delhi, on the other hand, has been outstanding over the previous three seasons. Under the captaincy of Rishabh Pant, they hope to win the title this year. Delhi has won three games so far this season.

The Delhi Capitals recently played the Punjab Kings. In which Delhi bowlers bowled fantastic spells, limiting Punjab to 115 and taking all of their wickets, while David Warner and Prithvi Shaw took care of the attack, hitting 60 and 41 runs respectively and contributing to the team’s win with 9 wickets.

The Rajasthan Royals won the IPL championship in its inaugural season. Each of the previous three seasons, they failed to make the playoffs. Previously, in their first season back in the IPL, they were eliminated in the semifinals. They are hoping that captain Sanju Samson can lead them to their second championship.

In a tough battle against Kolkata Knight Riders, Jos Buttler smashed KKR with a century, helping the team to a fantastic total of 217 runs. Yuzvendra Chahal, on the other hand, prevented KKR from reaching the target, limiting them to 210 with 5 wickets in his spell. Rajasthan Royals won the match by 7 runs.

Delhi Capitals and Rajasthan Royals have won 12 of the 24 games so far.

Former Rajasthan captain and batter Ajinkya Rahane has scored the most runs (611) in these two teams’ IPL matches. Next on the list are Rishabh Pant (300) and Virender Sehwag (295).

Amit Mishra has the most wickets (20) among the bowlers, followed by Farveez Maharoof (11). Kagiso Rabada, Jaydev Unadkat, and Shane Watson all have nine wickets to their names.